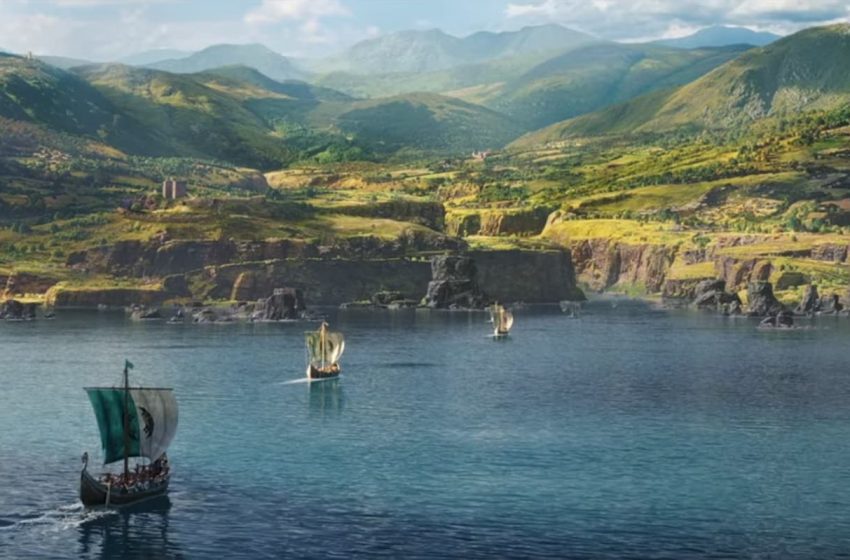 The Assassin’s Creed games strive for historical accuracy, and exploring accurate scenery and locations is a valuable part of any game in the series. Set in ninth-century Europe, the story of Assassin’s Creed: Valhalla, the next installment in the series, follows a Viking clan as it searches for a new settlement. Several locations are planned, including scenes from Norway and England.

The official Assassin’s Creed: Valhalla website states that locations will vary from the “harsh shores of Norway” to the “lush farmlands of ninth-century Europe.” The trailer gave us many beautiful teasers of landscapes, hinting at the different explorable lands.

So far, the known and official locations we’ll get to see include:

So far not much is known about the locations in Norway. It is likely where the player begins, as the plot centers on traveling from Norway to find a new settlement. Still, it is an Assassin’s Creed game, and they will do the location justice, even if we only see it in the beginning of the game.

In England, confirmed locations include London, Winchester, and Jórvík. In the ninth century, London was a large and wealthy city that got the attention of Vikings. It makes sense that we would see a lot of London in the upcoming game.

We saw some hints of Winchester in the trailer with King Alfred’s narration. King Alfred was known for being a warrior and dealing with Viking attacks at the time.

Finally, Jórvík (Scandavian York) was a Viking settlement in what is now Yorkshire.

As for unconfirmed locations, it is likely we will see portions of Ireland in the game. Early leaks on Reddit suggested that King Brian Boru of Ireland will be a prominent character. These leaks also claimed that Assassin’s Creed Valhalla would not feature a playable female character, which we now know to be false. King Brian Boru is still anticipated to play a major role, meaning players will likely see Ireland in their game.

Assassin’s Creed Valhalla has no official release date as of yet outside of Holiday 2020.