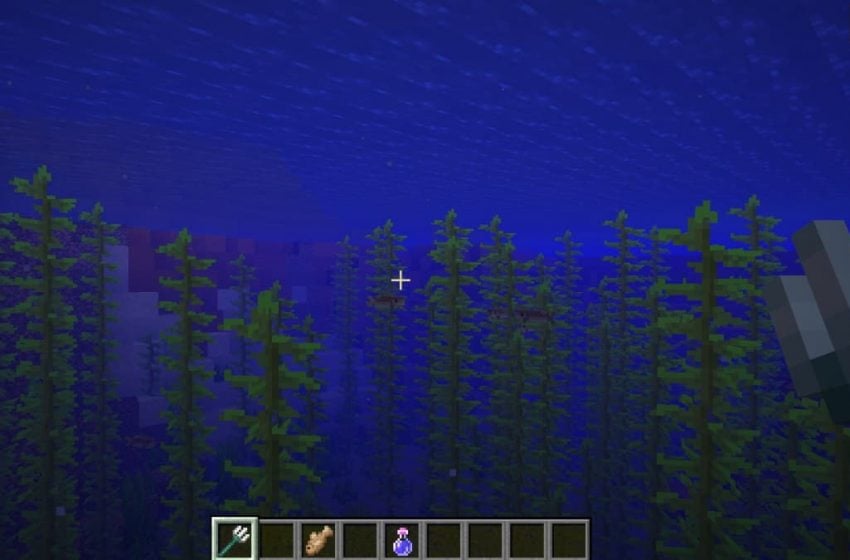 Exploring Minecraft goes beyond the endless hills, plains, caves, and numerous dungeons you encounter. You also have the chance to check out what’s below the sea, investigating the water depths of your Minecraft world. You may even encounter creatures capable of dropping a trident, a rare weapon you can enchant and use to your heart’s content. However, staying underwater is a bit of a challenge. You have several methods to keep your character exploring the depths longer by giving them gear to breathe underwater.

How to craft water breathing potions

An excellent method for your character to remain underwater in Minecraft is to give them water breathing potions at a brewing station. There are three versions available to you:

The standard water breathing potion is one you drink for yourself to give you a buff, which lasts for three minutes. The standard potion requires you to gather a water bottle, pufferfish, and a nether wart. You can extend this time by using the standard potion and combining it with a Redstone, increasing the buff to last for eight minutes. You can create both of these potions at a brewing stand.

Using the splash or lingering water breathing potion does destroy the glass bottle.

A great way to expand on your character’s time breathing underwater is to give them a helmet with the respiration enchantment. You need to find an enchantment book with the spell on it, and then add it to a helmet. There are three different levels of the enchantment.

Alternatively, you can create a turtle shell and wear it as a helmet to give your character the water breathing status effect for 10 extra seconds. The total time adds on to the standard 25 second time players receive to breathe underwater. To make it, you need five scutes, which you can find after a baby turtle becomes an adult.