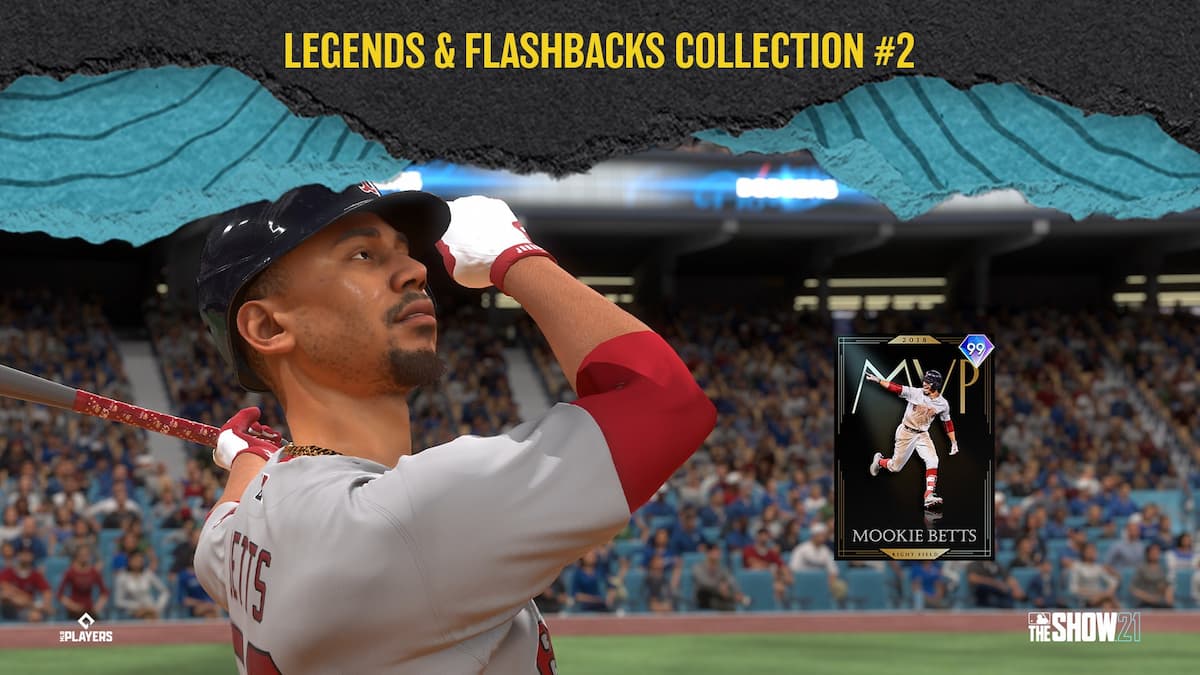 In May 2021, San Diego Studios released the first “Big One” collection for MLB The Show 21 players. MLB The Show users could complete a collection featuring Legends and Flashbacks to receive a 99 OVR Milestone, Mariano Rivera. Two months later, SDS is back at it again, releasing a second major collection. This time around, the prize is a 99 OVR Awards Mookie Betts, and here’s how you can get it.

To complete this collection in full, you will need 15 vouchers. Last time, you needed 14 for the Rivera, and considering that players could acquire as many as 15, you could have skipped one of the portions. As of August 3, you can’t skip any portion of this, but you might be able to at a later date. We’ll get into why in a minute.

There are technically 13 vouchers available, as two of the 15 components of this collection are players. You will need the 99 OVR Jackie Robinson (need all 42 cards of the Series 42 collection) and the 99 OVR Shohei Ohtani (need 46 cards from the ’21 All-Star & Home Run Derby Collection) to acquire the 99 OVR Mookie Betts.

In addition to those players, you will need to obtain the remaining 13 vouchers by doing the following:

As you see here, you can obtain as many as 14 vouchers just from collecting cards. However, there are only 13 available vouchers as of August 3. There is a special Monthly Awards voucher that can be obtained by acquiring 45 items from that series. However, 45 Monthly Awards cards were not in the game as of the release date of this collection.

Because you can obtain a voucher for the Mookie Betts collection for acquiring Monthly Awards, it’s safe to assume that, like with the Rivera collection, you can skip one of the above series collections and the subsequent vouchers. You will, though, most likely need to wait for that until the release of the next Monthly Awards program.