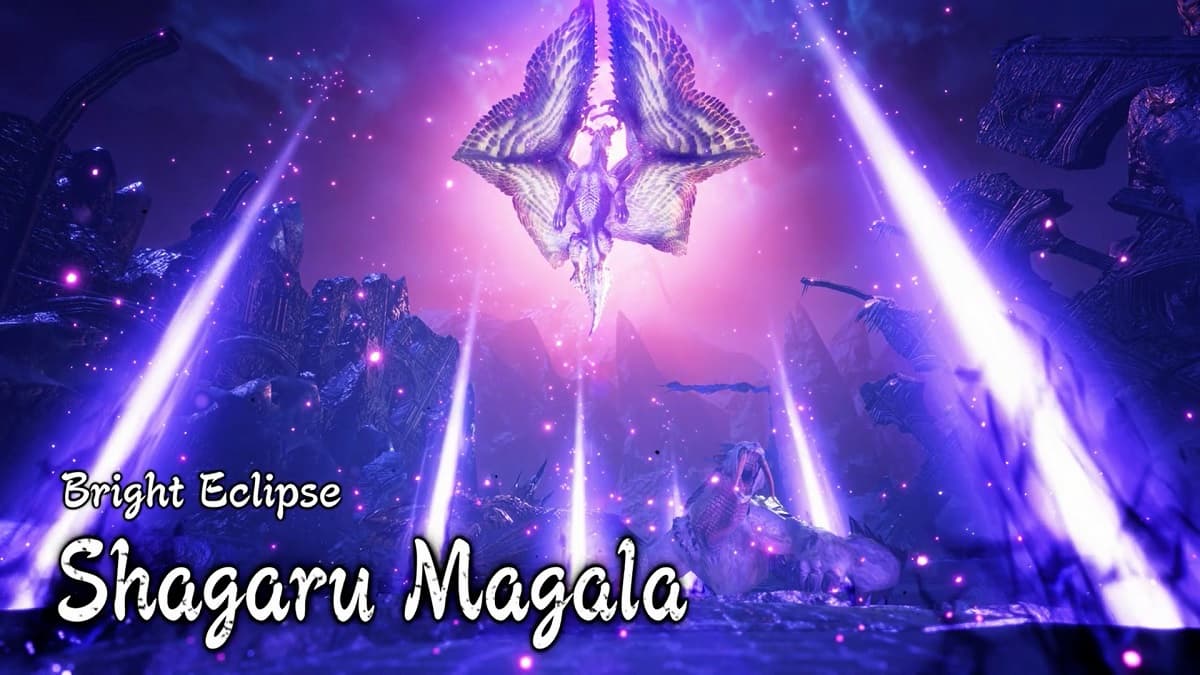 If you are looking for a challenge, few beasts in Monster Hunter Rise: Sunbreak will offer as tough a fight as the Shagaru Magala. This creature is the mature form of the Gore Magala, and with that maturity comes a whole new attack sequence and tricks to look out for. If you need some help to find the best strategy for taking down the Shagaru Magala in Monster Hunter Rise: Sunbreak, here is everything you need to know.

The Shagaru Magala fights similarly to the Gore Magala, but there are new dangers to keep an eye on as you face it down.

Just like its immature form, the Shagaru Magala will inflict the Frenzy condition on hunters, itself, and nearby monsters, drastically lowering defense and raising attack. This condition can be cleared by hitting it hard and quickly with attacks. Once the condition drops, you’ll be immune to it for a short period.

Shagaru Magala has all the same attacks as the Gore Magala, including the line AoE that can wipe you out in one hit. It also has an aerial dive-bomb and charged punches that can come from any of its many arms. It will also enter an Enraged state where its attacks become even stronger. When it enters this state, it will summon a meteor storm that will deal massive damage in a wide area.

The Shagaru Magala is equally vulnerable to slashing and blunt damage, so pick a weapon that will allow you to either take a lot of damage or stay mobile enough to avoid damage. Use fire and poison damage when you can. Being an Elder Dragon, dragon damage will hurt it more than anything else. Focus on its Head and Neck for maximum effect while keeping mobile to avoid its powerful attacks. While it isn’t as quick as the Gore Magala, many of its attacks can one-shot you, especially if you’ve got the Frenzied condition lowering your defense, so keep moving or keep your shield up to stay alive.

The most valuable item that the Shagaru Magala will drop is the Shagaru Magala Mantle. Not only can it sell for a hefty price, it is also used to craft some powerful armor pieces. It has a low chance of dropping, however, so focus your attacks on its tail and body to maximize your odds. Otherwise, keep an eye out for the Shagaru Magala Cortex and the Shard, which both drop from the body and tail during combat and after it is slain.