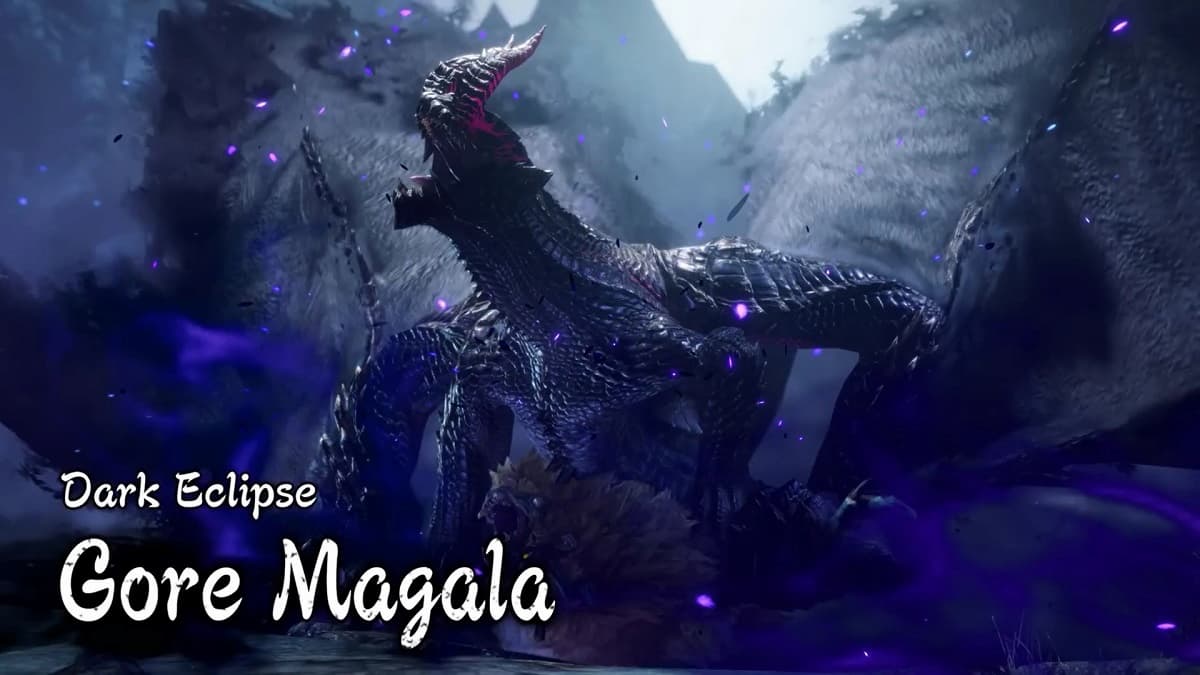 Gore Magala is a difficult fight, but it gets tougher as the battle rages on. Just when you think you’ve got it worn down, it will unleash its enraged form and deal even more damage.

Slashing damage is going to be your friend in the fight against Gore Magala, along with fire damage. Focus on its antennae to deal maximum damage, unless you’re trying to carve out extra drops for your trouble. This monster will move fast and hit hard, making it a tough fight even for experienced hunters. Avoid its AoE attacks and keep moving around the battlefield to keep your health up as best you can until it switches to its Enraged state.

After you’ve dealt significant damage to Gore Magala, it will switch to its Enraged state. During this part of the fight, it will grow a menacing aura, and its horns will begin to glow. It will become far more aggressive and gain a linear AoE attack. This attack can expand three times, potentially one-shotting unsuspecting hunters, so be sure to keep clear of it at all costs. After you’ve dealt enough damage to the monster, it will return to its normal state until you hurt it enough to enrage it again. This cycle will continue until the hunter or the monster are dead.

Gore Magala also introduces a new ailment called Frenzy, which can afflict monsters and hunters. Frenzy lowers the hunter’s defense and increases the damage dealt by monsters afflicted with the condition. Potions cannot cure it; to counteract Frenzy, players need to give into it and attack Gore Magala’s feelers relentlessly until the effect fades.

The Body and Tail of the monster have the best chances to drop any of these materials. Keep your attacks focused on them to make sure you get properly rewarded for your efforts.