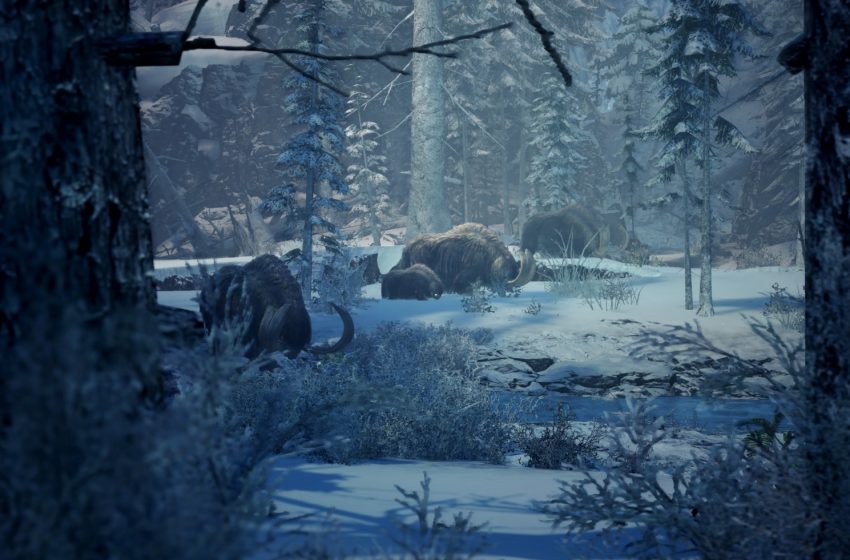 Banbaro is one of the earliest and easiest monsters you’ll take on in Monster Hunter World: Iceborne, but it can still put the hurt on any hunter who comes after it unprepared. It can attack for massive damage, inflict Iceblight, and move with startling speed for its size, so don’t let your guard down even when you think you have it on the ropes.

By the time you face off against the Banbaro, you should have spent enough time in the Hoarfrost Reach to know the drill when it comes to provisions. In addition to healing items, make sure you pack enough Hot Drinks and stamina restoring items to counteract the effects of the harsh climate. Since Banbaro can inflict Iceblight, you’ll also need a handful of Nullberries and, ideally, your Iceproof Mantle to nullify its effect.

One special consideration for fighting Banbaro is Crystalburst. You can gather this slinger ammo from beetles throughout the Hoarfrost Reach. Make sure you grab as many as you can before the fight starts, as it’ll prove very helpful in stopping some of Banbaro’s most powerful attacks.

Banbaro is weak to fire, as you might expect, but it takes even more damage from dragon weapons. When it comes to ailments, Banbaro is quite weak to stun, but you’ll have to decide if chasing that weakness is worth the risk. The best way to inflict stun is by using a blunt weapon like a hammer on Banbaro’s head, but doing so will put you in danger of taking its strongest attacks. If you don’t want to go that route, consider using a slashing weapon so that you can sever Banbaro’s tail during the fight.

As for armor, there’s nothing unique about this fight for Iceborne. Load up on ice resistance and wear the strongest armor you can. You’ll need to keep your stamina up to dodge Banbaro’s attacks, so consider armor that boosts it, or go with gear that increases your stun damage if that’s the strategy you’re using.

How to Beat Banbaro in Monster Hunter World: Iceborne

Banbaro is an intimidating foe no matter how you look at it. It’s a massive beast that likes to charge its opponents head-on, and it can even toss massive snowballs when that’s not enough. The key to this fight will be dodging Banbaro’s most devastating attacks or disrupting them when you can.

The safest way to take on Banbaro is to focus on damaging its legs, which will make it harder for the monster to charge you while maximizing your own damage. Use the Clutch Claw to weaken the legs whenever you need to, then attack them with all you’ve got. Be wary of Banbaro’s side tackle, which it can perform at any time, and is the only major attack it can pull off when you’re at its side.

This beast won’t just stand still and let you attack it, of course. Banbaro will continuously attempt to charge you during the fight, and you’ll either need to dodge or interrupt the attack to survive. Dodging is relatively simple, be aware that Banbaro usually charges back and forth, so you’ll need to avoid multiple attacks in a row. Banbaro will usually roll up a snowball when it charges, which will inflict additional damage if it hits you. It becomes even harder when Barbaro picks up a tree, which greatly increases the attack’s range. A trickier but potentially more rewarding method is to use Crystalburst. If you hit Banbaro with one while it’s charging, you can stop it in its tracks, negating the need to dodge and potentially giving you a window to strike if you’re fast enough.

Occasionally, Banbaro will lift its head into the air then smash its antlers into the ground, either with or without a snowball. If you get caught in this attack, it’s likely lights out for you, but if you can dodge it in time, you’ll have a golden opportunity to attack its head in the few seconds after the attack lands. If you’re using the hammer, you can get massive stun damage in and possibly even break its antlers.

There are much tougher challenges ahead in Monster Hunter World: Iceborne, but Banbaro is no pushover. Its combination of speed and power can be devastating, but it also provides a great opportunity to try out new weapons, since several strategies work against it. Just make sure to keep your stamina topped off, and you’ll be moving on to more formidable prey in no time.