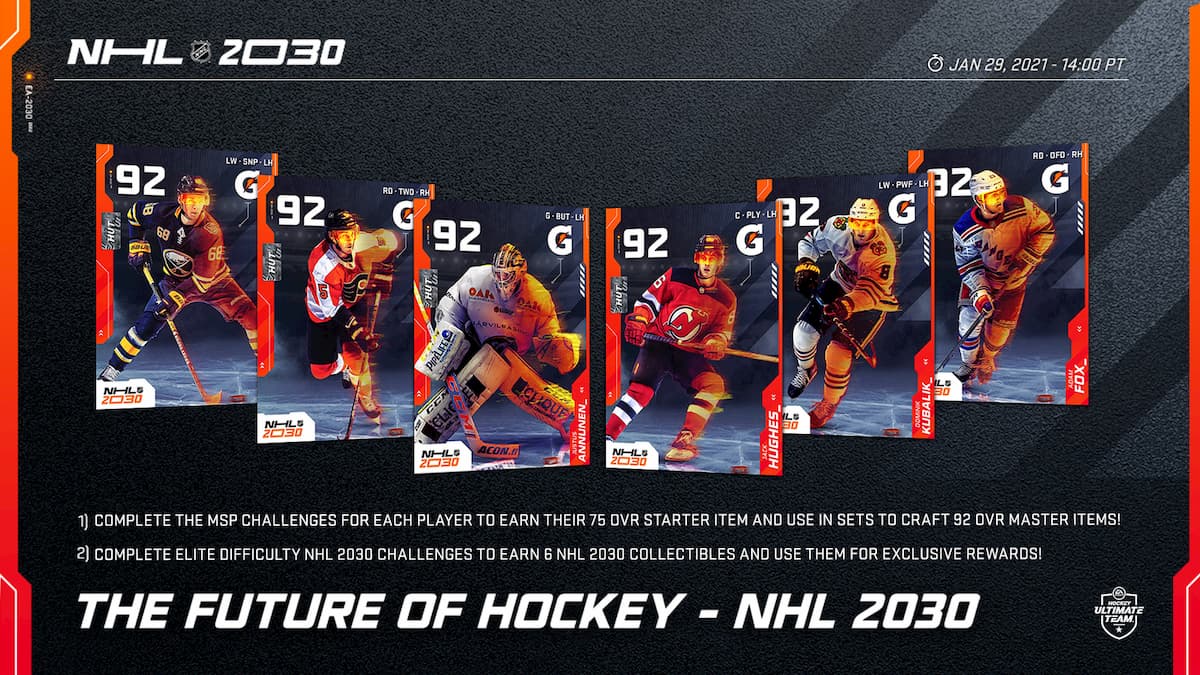 On January 15, EA Sports released a new Hockey Ultimate Team (HUT) promo for NHL 21 entitled the NHL 2030. This one is designed to take a look into the future for some of the National Hockey League’s brightest and best. And as part of this promo, EA Sports released new, boosted cards for many of the NHL’s rookies, as well as new master sets.

So how do you complete these sets, and how will this event shake out? Let’s go over what you need to know about this promo.

How to complete all NHL 2030 master sets

There are six master sets in this promotion, all of which can be found in the HUT Sets folder. The master set players that are available in this promo are as follows:

To complete any of the six sets, you’ll need two kinds of items: Starter items and Gold Collectibles. Starter items can be obtained by completing NHL 2030 challenges. There are six different challenges, one that corresponds with each player. Complete the player’s challenge, and get the Starter item. Each Starter item is a nerfed, 75 OVR version of that specific player.

Gold Collectibles, on the other hand, can be obtained in the NHL 2030 Sets folder through a special Set. 50 Gold players can be converted into one Gold Collectible.

Here are the requirements for each of the six NHL 2030 master sets: