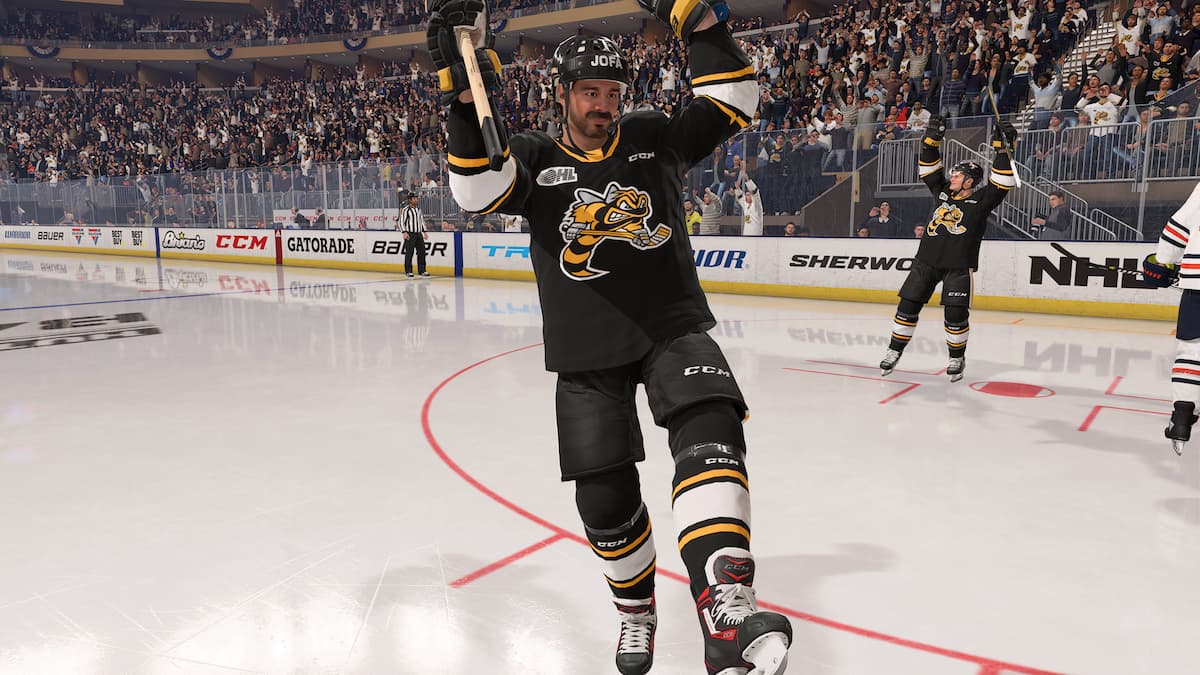 It can be hard to score in hockey sometimes. On some occasions, it might be tough to get going. In other circumstances, a goalie might get hot and stop everything. If you’re new to hockey, it might be even tougher to get a grip on what’s going on in NHL 22. Should you fall into that category, we’re here to help. Here’s our guide to scoring, which will go over the controls, plus some tips that could come in handy.

Before we dive into the controls, let’s point something out very important. In NHL 22, you have three different control options: Classic NHL 94, Hybrid, and the Skill Stick. As far as this tutorial goes, we will focus on the Skill Stick controls. The reason for this is because not only is this set the recommended one, it’s also arguably the most effective, and here’s why.

Now that we’ve gone over that let’s go over some of the controls you will need to know to skate and shoot in NHL 22.

Now that we’ve taken a look at the basic controls, it’s time to go over what you need to about scoring goals. Here are a few tips that could help you out in NHL 22.

Tips for scoring in NHL 22

1. Keep it simple on the ice

We stated this in our tutorial last year, and we’ll do it again: keep it simple. Instead of trying to pull off a great pass to set up an open or dangle your way to a highlight-reel goal, one of the keys to scoring goals is that you need to make simple plays to set yourself or your teammates up. This involves breaking and carrying the puck out in a simplistic manner, avoid making high-risk stretch passes, and being in the right position should you be playing in EASHL. Before you do anything else, simplicity and positioning can get you a long way.

2. Slap shots can work it this year

Based off of what we’ve seen thus far from the new engine, slap shots might be a go-to move in NHL 22. No, you might not use it in every circumstance. In fact, slappers might be something you only do in certain situations. However, a slap shot might be a useful tool in NHL 22, as this engine seems to give at least preferential treatment to those who can get fast slappers off, and get those pucks through the D and the goalie in a very short period of time.

If you want to set up a slap shot, look out for two things. One, read the opposing defense. If the opposition is playing tight and aggressive, you probably aren’t going to have the time or space to get a slap shot off. This is where your cycle game will come into play, and we’ll get to that in a second. Second, look for screens. See if one of your players, or somebody from the other team, is in front of the net. This can provide you with an opportunity to get a big shot off, and prevent the goalie from seeing it.

2. One-timers and cross-ice passes are back, but…

If you played NHL in recent years, you have noticed one particular play that was used quite frequently in this year’s game: one-times shots. One-timed shots have become quite popular in recent years, as these shots tend to have a higher percentage of success than other ones. This is because these shots are hard, and in some cases, tough for goalies to track down. Goaltenders have had an even harder time stopping these shots when these plays are preceded by a cross-ice pass, as goalies need to move across the crease quickly to make a save.

If you want to know how to use a one-timer, here are the steps:

Additionally, cross-ice passes into goals have also been popular. These shots, which have been dubbed “cross creasers,” are very similar to one-timers, but these shots typically come immediately after a pass, and are typically performed right in or near the slot area. The slot, for those new to hockey, is the immediate area in front of the goaltender.

One-timers and cross creasers will still be effective, especially in the World of CHEL and EASHL. However, the level of success that these shots will have in 1v1 play should go down this year, as EA has cleaned up the AI programming and a bit this year. Now, AI defenders do a better job of covering the center, thus making it harder to use these effectively. It’s a positive sign, and it does mean you’ll have to adjust how to play if you’re not new to NHL.

This tip is more HUT-orientated, but if you need to build a team, speed can make a difference. Make sure that you add some quick players to your roster, and the reason is simple. Fast players can break through the neutral zone faster, and blow past defenders. This can allow you to create some 2v1 scoring chances. These opportunities tend to have a higher success rate, so try to keep this in mind if you play Hockey Ultimate Team.

4. Bring the heat, with pucks to the net

Another tip that you should know is that just putting the puck on net can make a difference. Even if you are far away from the net, and not in an ideal spot, just shooting the puck at the goalie can allow you to get a second chance. If the initial shot results in a save, but the goaltender can’t stop a rebound, this could allow another player close to the net to get a second chance at scoring a goal. This can be quite effective, especially if the initial save causes the goalie to go in a bad position.

It helps to have players who crash the net to get a second chance opportunity. If you play EASHL and you’re a forward, communicate with your teammates, and look to pounce should a fellow player takes a shot.

5. Cycling can help you out

We wrote about cycling the puck last year, and we’ll repeat that sentiment again this year. Why? Because it can make a difference.

For those new to hockey, cycling involves moving the puck around and passing it around the offensive zone of the ice. This can help set up nifty scoring opportunities, as it can get the opposing forwards and defenders to chase the puck. Getting the other team to chase is your main goal, as that will get those players out of position and out of your way.

Because of the engine changes, cycling will be more important. AI defenders are better-positioned, at least compared to previous games, so work the puck and keep an eye on your opponent’s sticks and personnel. Make sure that you don’t pass right into a defender, and keep the puck moving as much as possible.