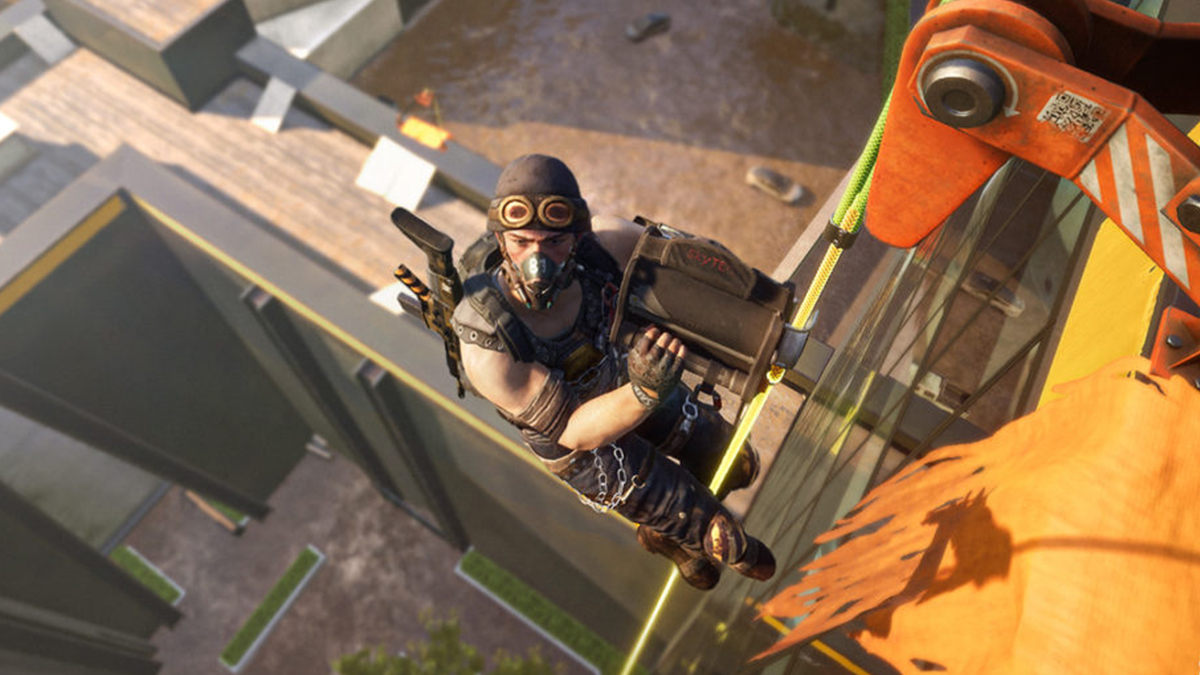 It’s been nearly five full years since PUBG: Battlegrounds arrived on the scene, and the blockbuster battle royale is still getting constant content updates. Version 18.2 is now live, and it brings an entirely new map to the game — one that features lots of new tools and tricks. Read on to learn all about it.

Related: How to use Replay controls in PUBG

The highlight of update 18.2 is Deston, PUBG’s ninth map overall. The biomes here are quite diverse, including the city of Ripton (pictured above), a swamp, a concert venue, a theme park, a hydroelectric dam, and even a paintball course. A lot of the points of interest lean on the other big additions in the update, so let’s take a look at those next.

PUBG is getting map utility items in update 18.2. As the name implies, this new tool type includes items to help you get around the map more quickly. Ascenders (seen at the top of this article) are found all across the map, attached to tall structures like the cell towers seen above. You’ll automatically have the attachment upon spawning in Deston, letting you clip onto ropes and quickly ascend or descend these structures. Make sure you move quickly since you’re fully exposed as you climb.

Utility parachutes are also handed out to everyone dropping into Deston. This works exactly like the parachute pulled at the beginning of the game, letting you slowly sail down from high places. Between this and the new ascender, the movement meta just got a lot deeper in PUBG.

Deston also features spaces that are too small for players to enter — they can only send drones inside. These hiding spots are spread all over the map, and there’s loot to be found inside.

You can also get high-tier loot behind the new security doors found around Deston. They require a security key to unlock, so look for those among the usual loot pools. Be cautious when you approach a security door too, since it’s a perfect ambush spot.

Lastly, PUBG now has fuel pumps. Stop by when driving a vehicle, and you’ll be able to refuel the tank. Much like the security doors, you’ll need to be careful about making a pit stop. Fuel pumps can explode if shot, so there’s a real risk/reward in visiting them.

It wouldn’t be a PUBG update without some new toys to fire and drive. The 012 is “the world’s fastest shotgun,” and it can only be found in Deston. Not only does it have a high capacity, but it also has a long range for a shotgun. This is a very powerful weapon.

As for the new vehicle, Deston features airboats. Normally associated with swamps, airboats are especially fast in shallow water. They’re not strictly amphibious either — you can actually drive them across land too.

The workshop is a totally new tool in PUBG, allowing players to craft skins on their own. New Hunter’s and Archivist’s Chests can contain imprints, vouchers, credits, or artisan tokens, which are your crafting resources. Just remember that each chest requires a key to open first. Both chests and keys can be purchased in-game.

Finally, update 18.2 has a long list of bug fixes and quality-of-life changes. In addition to those subtle and behind-the-scenes improvements, some previous maps have seen visual changes. For example, buildings in Miramar received a new coat of paint and better textures. You’ll also see billboards sprinkled across the map.