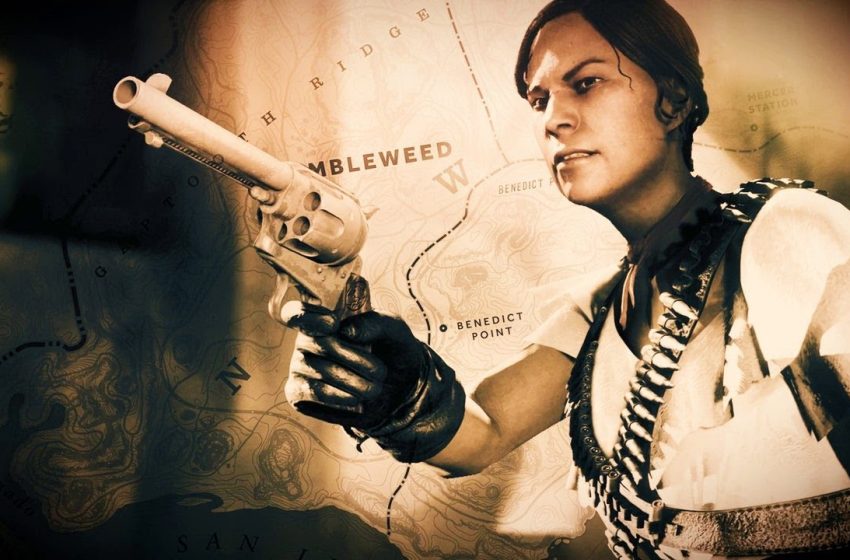 Being a Bounty Hunter in Red Dead Online is a lot of fun. You get to hunt down bad guys and girls and bring them in either dead or alive for a reward. Alive is always better as you get a bigger payoff if the neck can hang them until dead, but there are times when you have no choice but to put a bullet in your target.

The list is never-ending as well as each time you clear one then another is added, this means that you’ll never run out of people to bring to justice. Admittedly it can get a little repetitive after a while but to shake things up, Rockstar has decided to release 10 Legendary Bounties into the world of Red Dead Online.

The first of these is available for you right now in the form of Barbarella Alcazar. This bad-ass outlaw is the leader of the Del Lobos gang and has such loyalty from her followers that it’s advised that you don’t attempt to take her out by yourself.

Well, I didn’t get that memo and did just that. It wasn’t easy, but it can be done, and in this guide, I’ll tell you just how to do it.

It will be brought to your attention as you play through the game that the Legendary Bounty: Barbarella Alcazar is now available for you to bring in. You will be told to hold down the options button to see what town you can find the Wanted Poster. For me it was Valentine, but I think this is purely based on which place you are nearest to at the time. When you get there and take the job on a cut scene will play showing you just what an evil asshole Barbarella Alcazar is before you are deposited outside of her stronghold in Gaptooth Ridge and from here on out it’s just you against the world.

The first thing that you’ll notice when you take control of your character is that there are a ton of Del Lobos members here and their loyalty to Barbarella Alcazar is second to none, it’s almost as if they see her as God-like. Take cover as soon as you can and open fire. You are going to need to kill as many of them as you can as you fight your way through her compound so make sure you’re packing some serious heat and full ammunition or this fight is going to be over before it’s begun. You can loot the bodies of your victims if you so choose, but there are so many banditos trying to kill you that you’re better off just focusing on the task at hand. Eventually, you’ll find Barbarella Alcazar, for me she was hiding out in a disused hut, and you can shoot her as, unlike all the other targets you go up against, a bullet isn’t enough to end her life. When she’s down on the floor, approach her, and you’ll be given a choice to execute her or to hogtie her. Taking her in alive is worth far more to you than if she’s dead so chosen that option. With her trussed up like a turkey, call you horse to you and put her on its back.

With Barbarella Alcazar on your steed, you’ll be told to take her to the nearest jail, in this case, Tumbleweed. Like all other bounties, it won’t be as simple as just going from point A to point B as her gang will be out for your blood and they will come in none stop waves. Again the choice here is quite simple, either try and outrun them or pick them off when they get close enough. I did the latter, and though it was touch and go at times, it is possible to slow them down enough that you can get to Tumbleweed pretty much unmolested. She will try to escape, even if you have the top end Sheriff’s rope that costs $300 but just hit her in the head whenever the prompt shows up, and you can drop her off at the jail so she can wait to be hung by the neck.

I can see why the game suggests that you go in as part of a posse, but you don’t need to. Nor do you need a bounty wagon either, make sure that you’ve got enough firepower to start a war and you should be alright. Considering that she’s only a One-Star Bounty it’s a hell of a fight to get her to face justice. This leads me to believe that the other nine, when released, are going to be more and more difficult as you progress but as for Barbarella Alcazar, you can take her out all by yourself and reap the rewards.