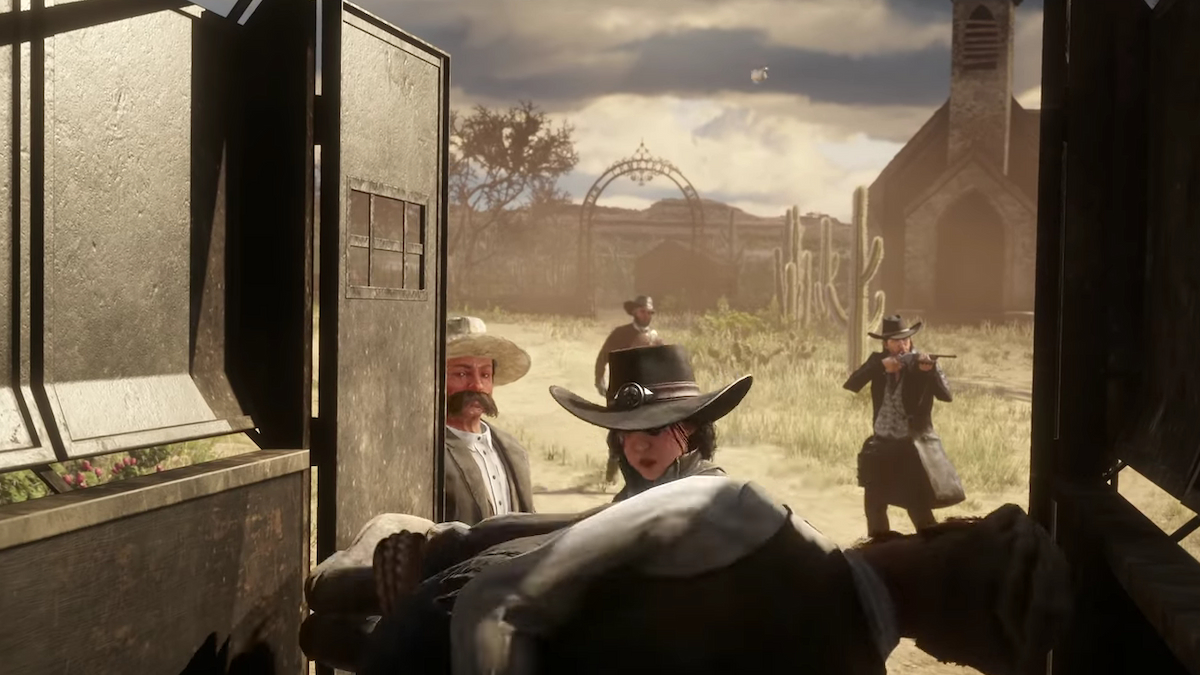 We all know that high risk means high reward, but for the bounty hunters in Red Dead: Online, sometimes that risk is very high. Facing an entire gang of outlaws is hard enough, but capturing two or more can be downright challenging. One infamous bounty, in particular, has players track down not one, nor two, but four different outlaws. Here’s how you can bring them all in alive, well, and ready to hang.

Sadly, infamous bounties, as well as some legendary bounties, are locked behind a paywall. The upside is that the paywall isn’t exactly huge. Bounty hunters will need to pick up the prestigious bounty hunter license, which costs just 15 gold bars. To get it, simply head to your nearest bounty board and follow the prompts to purchase the license.

Once you have your license in hand, head to Van Horn to take on the hunt for Mary Penn. Except you may be surprised to find she’s not the only one you’re tracking down. It seems that she travels with a band of three other thieves, and they’re all wanted. To complete the bounty, you’ll have to bring them all in dead or alive.

In this case, you only have two viable options. The first is approaching this bounty with your own posse of four players that’ll make four horses carry captives (or bodies) on. If you’re running the mission solo, though, be sure to bring along a bounty wagon. You can purchase these vehicles once you hit rank 10 in the bounty hunter role. They’re a bit expensive, though, costing three role tokens and a whopping 875 RDO$. If you want to buy the wagon with gold, save up because it’ll take 35 gold bars. Ultimately though, it’s a worthwhile investment that can eventually pay for itself.

Either way, once you’ve started the bounty, you’re directed to the last known location of Mary Penn. Follow the track, and you’ll come across a small group of four bandits. Take them out and search their bodies to find out where Mary Penn is hiding.

Attack and capture Mary and her friends

Following the second trail, you’ll find a waterfall. Like any good waterfall, this one has a cave behind it, perfect for hiding out from the law. Leave your horses or your cart outside of the cave and make your approach. When you first enter, there is a lone bandit standing guard that you should stealthily take out. Once he’s down, there are no more opportunities for stealth. Get your guns out and prepare for a fight.

The main chamber of the cave is packed with enemies and targets. To boot, it’s extremely dark in there. The fight is sure to be chaotic, so be extremely careful of who you’re shooting. If you have bolas, this would be a great time to use them. Pick out the bounty targets and snare them with bolas, then take out any surrounding enemies.

Now comes the time-consuming part: hauling all the targets back. Alive or dead, this section will take a while if you’re playing solo. You’ll have to carry each target back and forth between the cave and the bounty wagon. If you are solo, stay out of the water in the cave as much as you can. It will only slow you down, and once you get to this point, you may not be able to waste too much time.

While you’re loading up the bounties, you may be shot at a bit. Enemies will start spawning around the surrounding lake, but don’t mind them. They couldn’t hit the broad side of a barn, and they certainly won’t hit you. They will, however, eventually ride up to your wagon. Even worse, if you’re playing with a posse, they can spook your horses into running off while your targets are loaded on them. Take care of the pursuers and run off to Annesburg to deliver your bounties.

If you’re using a wagon, be extremely careful riding to Annesburg. The terrain is filled with hills, and if your wagon crashes, all your targets will take off running. Go slow, be careful, and take out any approaching enemies.