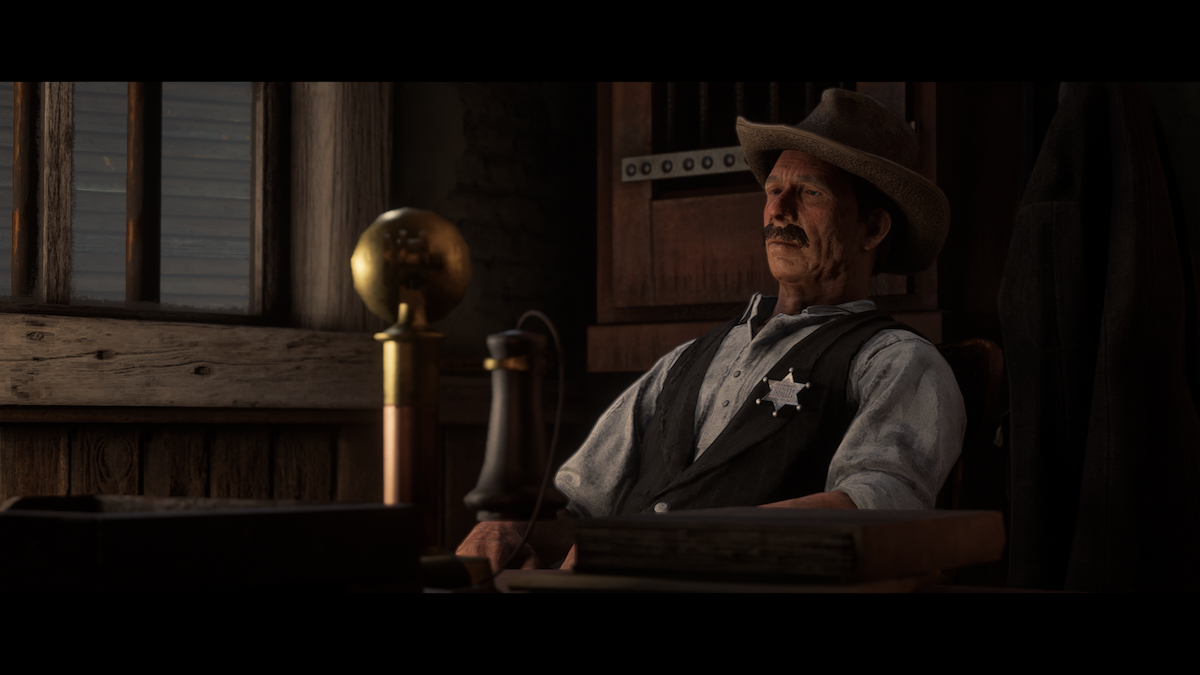 Out in the West, there are a few things worse than death, and one of them is waiting for that impending death. If you get locked up by a sheriff, chances are you’re not going to spend your life behind bars. Instead, you’re destined for the gallows to show others what happens when you live a life of banditry. Naturally, though, criminals don’t like seeing their friends hanged. That’s why there’s a bounty on a group of jailbreakers. Here’s how you can take out the first of these freedom fighters.

As a lawman, you’ll have to jump through the hoops of bureaucracy, and sadly that means you’ll need documents. To tackle any infamous bounty in Red Dead Online, players need to pick up the prestigious bounty hunter license. This license, worth 15 gold bars, doesn’t just unlock more infamous bounties though. It also grants players access to a few more legendary bounties, as well as ten extra ranks to unlock in the bounty hunter role.

Track down the Jailbreaker

With license in hand, head down to the town of Tumbleweed in New Austin to pick up this bounty. Once you start it, you’ll be directed towards the Jailbreaker’s last known location, a small abandoned camp. Be careful on the approach to it, though — there may be a cougar prowling the area waiting for an unaware bounty hunter. After you ensure that the area is clear, investigate the body of the deceased bounty hunter on the ground. You’ll then be pointed to Fort Mercer, where the Jailbreaker’s target is.

Lure in the Jailbreaker

Arriving at Fort Mercer, you’ll find the prisoner fighting with a guard. Get involved if you want; if you don’t, the prisoner will knock out his opponent. Either way, shoot down the prisoner and then hide their body. Afterwards, you’ll have to hide and wait for the Jailbreaker to show up. They’ll be looking for a prisoner to free, but all they’ll find is you, waiting for them.

The best place to hide is on the upper level of the fort, right above its main gate. You’ll have to wait a bit, so clean your guns or go and grab some water. When four enemies arrive, you’ll know that the target is close. Don’t shoot any of these baddies just yet or you’ll scare off the Jailbreaker.

Eventually, the bounty target will arrive at Fort Mercer. He’ll ride in on a horse, get off, then saunter into the middle of the fort’s courtyard. Once he’s there, you can sneak down from your perch and take out the two outlaws standing behind him. After you’ve taken down the pair stealthily, creep up on the Jailbreaker with your lasso in hand and hogtie him. At this point, the other two outlaws standing outside the fort will be alerted to your presence. Take them out, call in your horse, and load up your target.

With your bounty in tow, ride for Armadillo. It’s not a terribly long trip but you will be pursued by some enemies. They’re no problem, though — just take them out as they ride towards you.