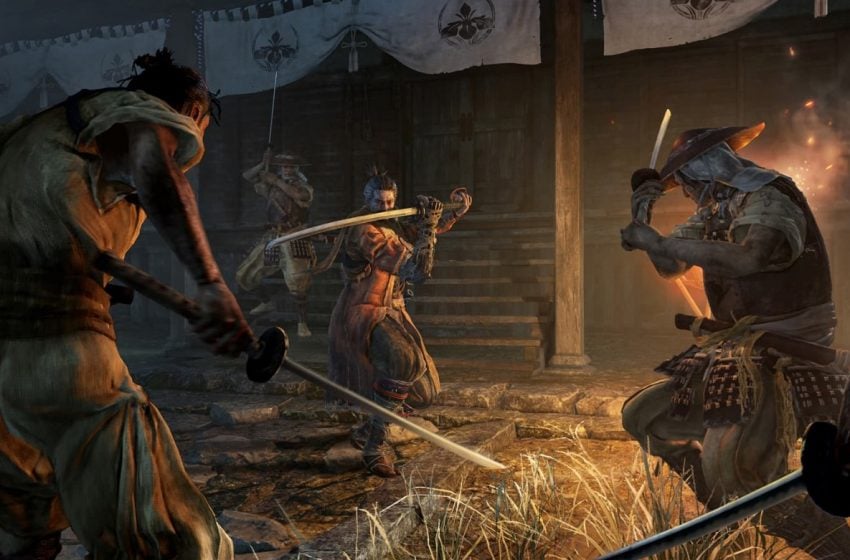 Sekiro: Shadows Die Twice is full of little secrets, which makes sense for those who know the game developers, From Software. They made the Dark Souls series, and are notorious for encouraging their players to go off the beaten path to discover what to do in their games. One of these instances is in locating the fire barrel prosthetic tool. To find it, you need to jump through a few hoops and break off from the game’s traditional story area.

Where To Find The Fire Barrel

The first step to locating the Fire Barrel is by speaking to the old woman whom you see shortly after fighting the first boss, Samurai General Naomori Kawarada.

You have to take care of a handful of patrols, samurais with rifles, and a tremendous individual with a huge hammer. After dispatching them, you’ll hear her ringing the bell in a nearly destroyed building on the second floor. Approach her, speak to her, say nothing, and she’ll hand you the bell. The game tells you to bring it to the Sculptor, who has you pray in front of the Buddha in his workshop. Doing so transports you to the past, to the night of when Sekiro defended the Hirata estate against a bandit attack.

Learning About The Fire Barrel

You can learn about the fire barrel after you’ve acquired the bell, by speaking to a merchant who’s a little bit further in the Ashina area. By talking to him, he tells you he needs a little money to help improve his shop. He asks for 50 sen. Doing so, he says you how he used to be an old thief, and he knows about you. He thanks you for not killing him all those years ago, and how he had once attacked the palace you guarded. If you give him 100 sen, he’s willing to provide you with information about that night.

Giving him the 100 sen provides you with information about the fire barrel. You learn you can find it in the Hirata estate, which they were attempting to break into. When you use the bell to transport to the Hirata estate, you know to keep on the lookout for the tool.

When you travel back to the Hirata estate, proceed forward on the bridge and continue going, dispatching any foe you see along the way.

Now, you do not want to take the straight path up to the estate. Instead, you want to keep the right, following the patch that allows you to continue going on the right side of the map. Go until you find several enemies surrounding a bonfire. They should have a couple of dogs with them. Take out everyone, and proceed to the fire.

You’ll find you can loot the bonfire, which should have the fire barrel in it. You need to return to the Sculptor so he can attach it to your prosthetic. You do not have to complete the Hirata estate area to return; you need to find one of the Sculptor’s Idols to return to his workshop.