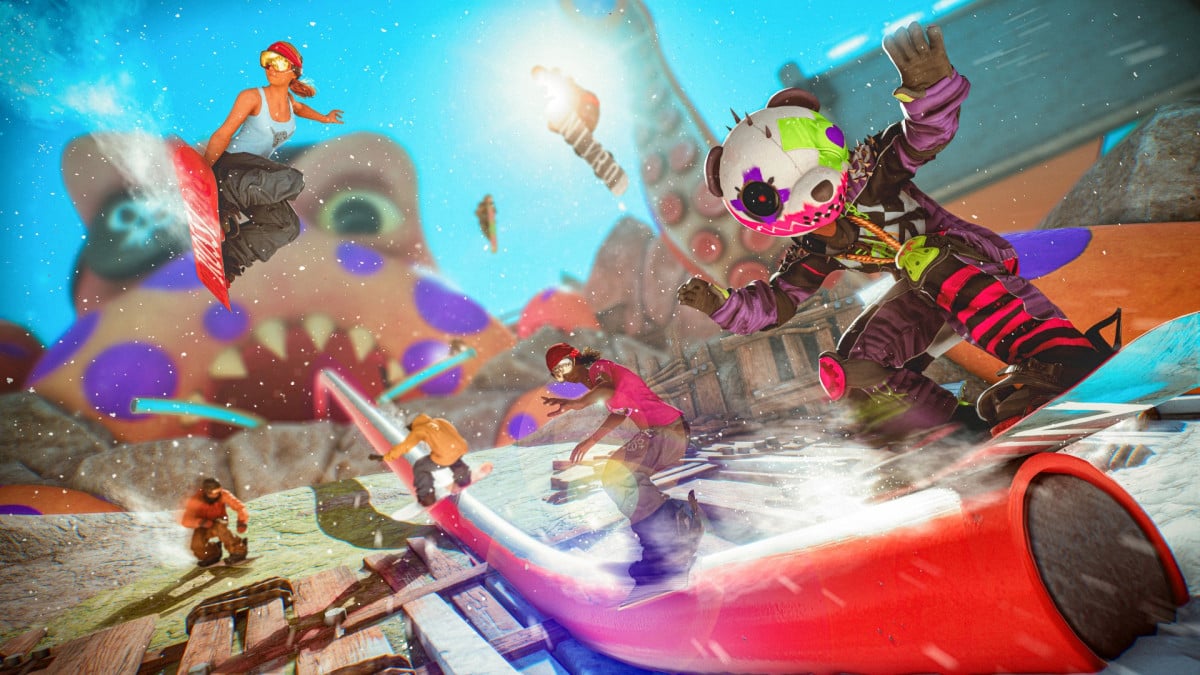 Rather than confining itself to a single sport, Riders Republic offers different options for players to choose from. The main activities the game offers are split between bike and snow options. The difference between the bikes offered only boils down to whether they’re more focused on downhill or road movement. In a similar vein, snow sports are split into either snowpark or off-track categories. Unlike bikes, however, snow sports offers two options: skis and snowboards. So which is the better choice?

Related: How to unlock the Rocketwing jetpack in Riders Republic

If you’re intending to prioritize either skis or snowboards over the other, it may come as a bit of a relief to know that there actually isn’t a real difference. Riders Republic considers snow sports as a separate sport but doesn’t differentiate between skis and snowboards. Your pair of starting skis and your starting snowboard actually offer the exact same set of stats for speed, air rotation, deep snow, and absorption.

The difference between them is ultimately more visual. Unlike bikes, snow sports don’t offer a boost ability and instead allow you to switch your stance. This is true whether you’re on skis or a snowboard. However, you’ll soon start collecting new gear, and that means a rare snowboard might end up having better stats than a pair of skis. These advantages are tied to the quality of the gear rather than the type of gear.