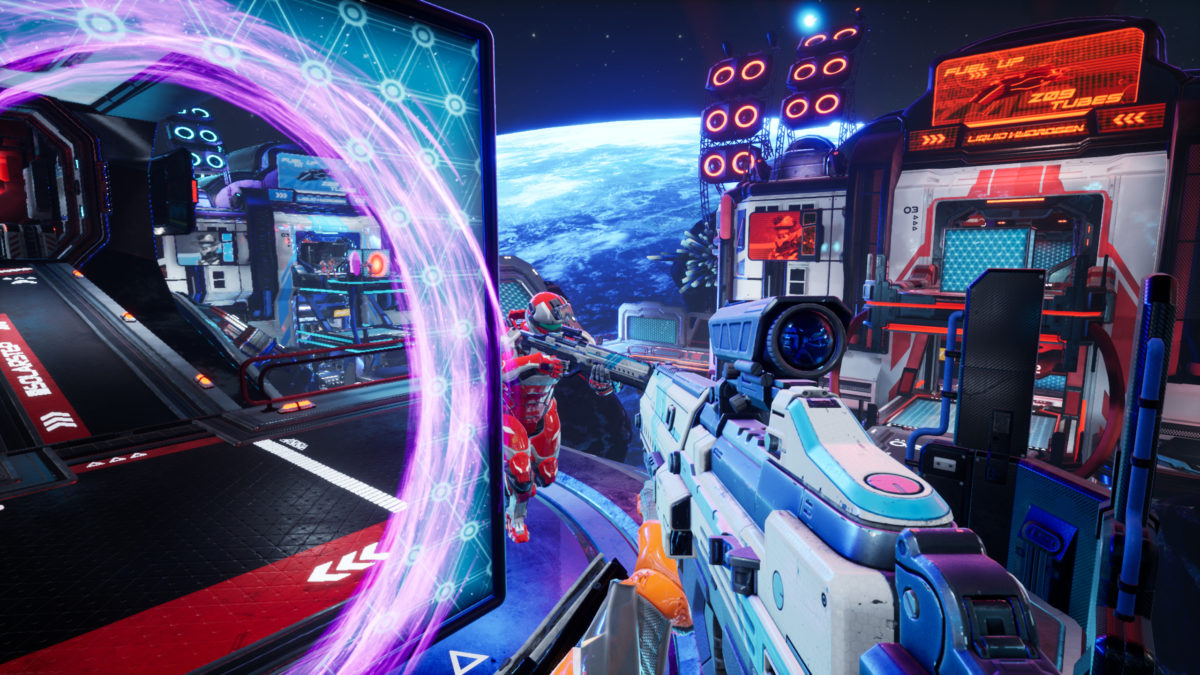 Splitgate is turning into quite the success, but for many people, the future of the inventive first-person shooter will rest on the developer’s ability to pull off a solid ranked mode. Casual play will only keep people invested for so long without a way to climb through a competitive mode and find out how good they are.

The good news is that Splitgate does have a ranked competitive mode, although it is safe to assume this will change is big and small ways over the coming weeks and months.

At the moment, Splitgate ranked mode is a 4v4 mode that features a playlist made up of Domination, King of the Hill, and Team Deathmatch. Players will spawn in to with a Carbine and a Pistol but can collect other weapons over the course of a game.

Splitgate uses an ELO system similar to CS:GO, which means that as you lose matches you lose points, and as you win matches you gain points. The developers have not made any of the math behind this system public yet, but we do have the different point brackets for each ranking below.

Splitgate ranked play is divided into the following rankings: