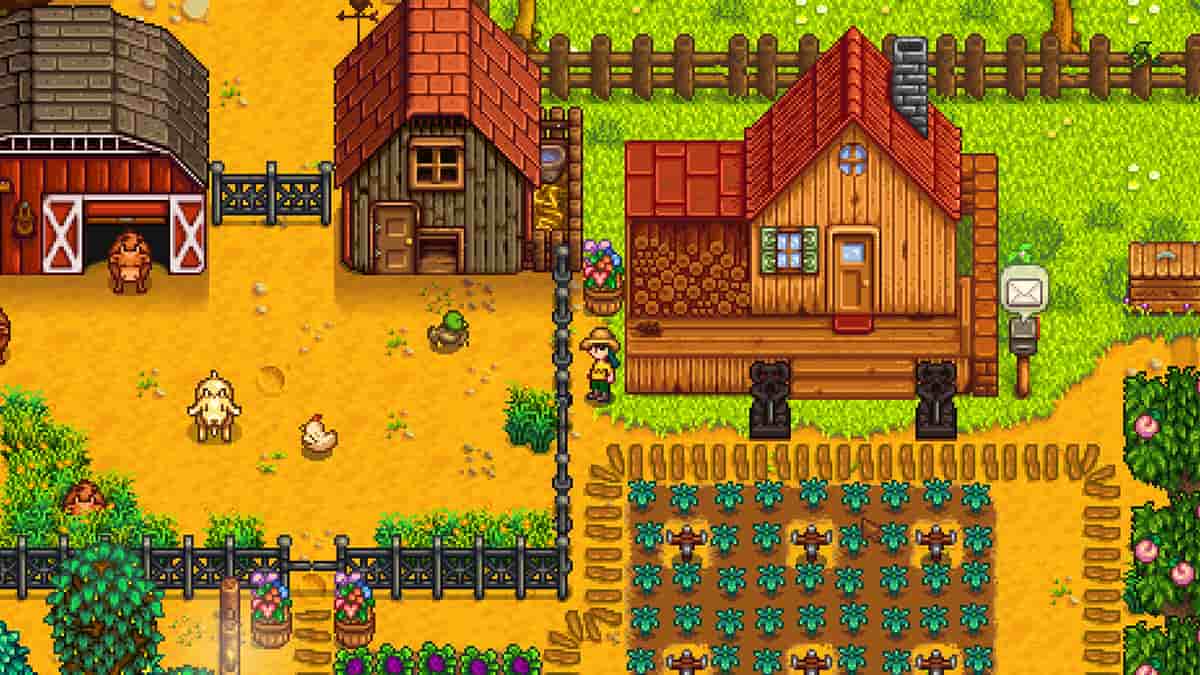 As far as farming games go, Stardew Valley is untouchable. Launched in early 2016 by publisher Chucklefish and developer ConcernedApe, the game lets players live out their farming fantasies in a rural village.

Life is slow in Stardew Valley, and while the game encourages players to go at their own pace as they grow crops and meet the locals, there are definitely a few gameplay benefits from adding mods. Luckily, players can modify the game’s files using SMAPI, the Stardew Valley mod loader. From NPC locators to farming improvements, here are some of the best mods available for Stardew Valley on PC.

Ever wanted to know where a villager is at all times? The NPC Map Locations mod lets players track characters by simply bringing up the in-game map.

The NPC Map Locations mod lets players not just track where villagers are located across town, it also lets players filter out certain villagers. That way, if a player wants to track a specific NPC love interest in order to maintain their friendship level, players can use the mod to quickly run over and chat.

If you’re just getting started with Stardew Valley, it can be hard to remember which crops are which when they’re growing in your field. Luckily, Simple Crop Label lets players keep tabs on their produce and make sure they’re tending to the right plants. By hovering their cursor over a crop and pressing the right mouse button, this mod gives players a given crop’s name. It’s a pretty straightforward mod, but it’s also incredibly helpful for farmers that are just figuring out Stardew Valley’s gameplay.

Curious to know how your current experience level fares? The Experience Bars mod lets players track how close they are to leveling up a skill. The bar sits at the top-left corner of the screen, letting players keep tabs on their experience at all times while farming or wandering around town.

Ever worried about your friendship level decreasing with your fellow villagers? This mod fixes that. Called Friends Forever, it prevents the friendship level system’s hearts from decaying. So even if you haven’t chatted with a villager or played with a pet in a while, you won’t lose a level just for missing out on saying hello.

By default, this mod prevents the player from having their friendships decay between their animals, local villagers, and their dates. It doesn’t cover decay between a player and their spouse, however, but that can be turned on by editing the mod’s configuration file.

If you’re interested in only dating girls in Stardew Valley, then don’t worry — there’s a mod for that too. This mod changes Alex, Elliott, Harvey, Sam, and Sebastian’s portraits and character sprites into women, letting players date the male characters’ female iterations. The mod’s latest version requires the Stardew Valley multiplayer beta branch, but interested players can also check out the original version here.

Some dialogue options in the mod haven’t been changed properly to accommodate the female character swap. For corrections, check out Invatorzen’s dialogue changes mod.

In Stardew Valley, each villager and love interest has their own preferred favorite gifts. Traditionally, figuring that out takes a lot of trial and error. But Gift Taste Helper lets players learn right away.

Using Gift Taste Helper, players can hover over a villager’s birthday on the calendar or their name on the social tab and see which gifts they prefer to receive. There’s even a special “Progression” Mode, which lets players reference villagers’ favorite gifts as they continue trying out options. That way, there’s no need to cheat to earn your friends’ favor.

If you’re interested in receiving a leg-up while playing Stardew Valley, there’s a mod for that too. CJB Cheats Menu is a seamless in-game cheats menu that lets players warp to locations, receive infinite health and stamina, earn an endless amount of money, increase their skills, and do just about anything else you can think of.

CJB’s mod isn’t just incredibly comprehensive, it’s also useful for players that want to experience Stardew Valley on their own terms. There are eight different sections in total for players to mess around with, from improving skills all the way to turning off friendship decay. The mod even works in multiplayer, too.

Farming normally takes a lot of effort, even in Stardew Valley. Handheld tools let you do things, but it might take you a lot of time to finish. If that’s the case, then you need something way better than the usual rake or hoe — you need a tractor. As its name implies, the Tractor Mod lets you purchase a tractor, which is not featured in the base game. The tractor greatly increases your efficiency when farming, and helps you get the job done faster.

The tractor basically works the same way as your other tools, except that it finishes the job in less time. It can clear twigs, rocks, and dead crops; tills dirt, breaks rocks and mine containers, and removes unnecessary stuff; and also plants grass, fertilizes crops and trees, and harvests crops.

You’ll be able to use the tractor after buying a tractor garage from Robin. Once she’s done building, you can then hop on the tractor and start farming faster.

Farmers can only plant crops in specific places and during specific seasons. For example, crops like corn and pumpkins in forests and dirt patches, especially during the winter months. That’s just common sense. This mod, however, defies all of that logic.

The Crops Anytime Anywhere lets you plant all sorts of crops in any location, including grass and dirt tiles that normally couldn’t be tilled. This means you, with this mod, can plant your favorite crops on just about any surface you can find—including that forest area far away, or the town square nearby.

What’s more, you can configure the seasons so that you can grow any crop anytime during the in-game year. This means you can sell fruits, vegetables, flowering plants, and even trees, anytime — whether it’s winter, spring, summer, or fall. This lets you earn by selling your produce all year round.

As mentioned above, farming takes a break during winter. Why? Because crops can’t grow during these cold months. This mod lets you continue farming during the chilly and snowy period without having to edit tillable tiles, seasons, and so on.

Instead of giving you the power to defy seasons, the Winter Crops mod gives you new kinds of crops, flowers, and trees you can grow during the winter. Simply put, it adds winter versions of the usual veggies and other things to your selection of things to grow, so that you won’t be forced to stop farming. Interestingly, with the new winter crops, flowers, and trees come new recipes you can make. Winter Salads and Winter Brew, anyone?

What’s great about the mod is that regardless of the value, the golden crops have the same growing time as that the vanilla crops. Growing and harvesting the vanilla potato and golden potato, for example, will take the same amount of time, but the money you earn from selling them will vary greatly.

The mod contains golden versions for more than three dozen kinds of crops. All of these, however, are not edible but can be sold for a high price.

If you’re looking for a way to grow crops faster so that you can earn more gold faster, then why not grow crops that produce gold instead?

The PPJA-Fantasy Crops mod lets you plant crops that produce in-game metals like iridium, gold, copper, and so on. You read that right—you plant metals that come in the form of plants so that when harvest time comes, you get to harvest the metals themselves directly.

This means there’s no need to break your in-game back to grow and sell produce for gold, no need to pay exorbitant prices to get coal, and no need to go into the mines to acquire iridium. You simply have to plant them in your farmland, then harvest them right there when it’s time.