Early on in the story mode of Super Mario Maker 2, you’ll mean a curious blue and white character skulking around the Castle looking very shifty called Mr. Eraser. No need to panic though, no trouble of it him ruining your progress. Speaking with him initially doesn’t reveal much. However, if you walk further across to the right of the screen, passing the Yellow sleeping Toad, you’ll come across a green pipe that is blocked by a brick block, and a brick wall just past that which is hiding something.

As it turns out, Mr. Eraser is key to erasing those obstructions and allowing you to get to the goodies via each route. But how do you get to that point of getting him to help you?

Playing the story mode, you’ll eventually have completed at least the middle of the second floor, and unlocked the Purple Toad. If you have not, do these first. From here, we would also recommend waking up the Yellow Sleeping Toad, and removing the Blue Piranha plant from the green pipe from the left of the castle first, though he may still appear earlier. Once you have progressed far enough, Mr. Eraser will have vacated his spot outside the castle and will have made his way over to the blocks, where he offers you the opportunity to remove them. 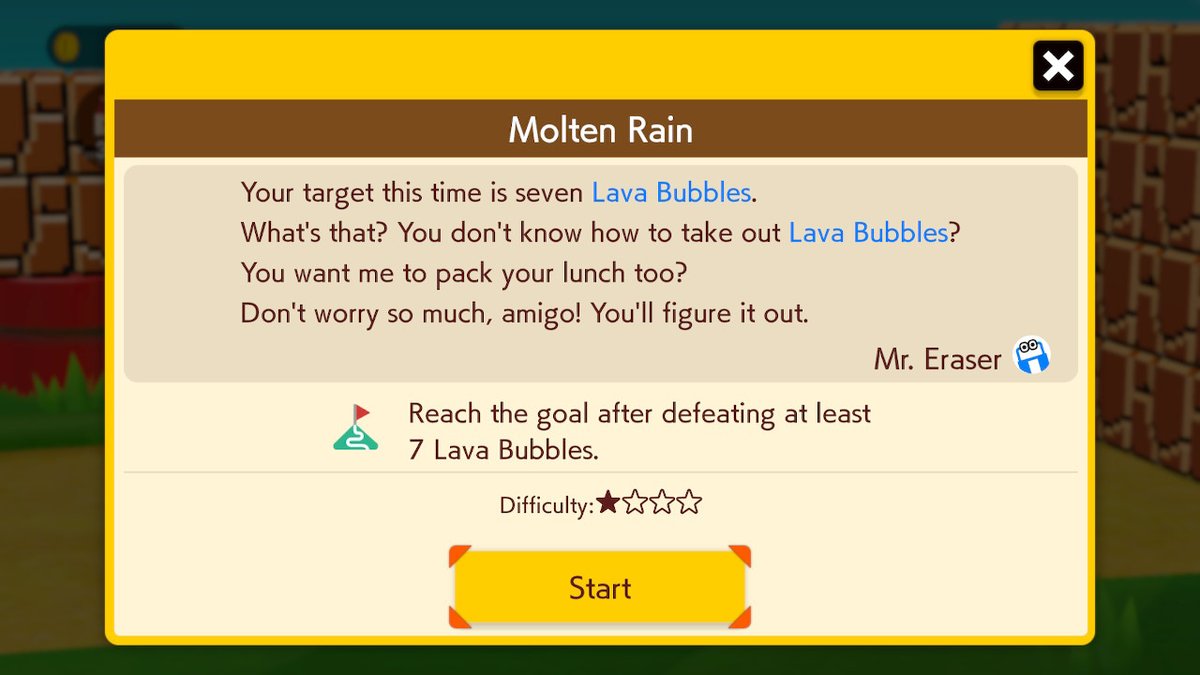 He will provide you with the ‘Molten Rain’ mission, which like the two with the Purple Toad is shot but sweet and involves a lot of headbutting! Once completed, he will then destroy the blocks that are in your way of the Pipe to reveal some rewards and another Job for your adventure.

After he has removed the block from the pipe, we will then offer you a second Job to remove the wall of bricks called ‘Spiny Busters.’ Again, a reasonably simple but cool Job to do, and following its completion, Mr. Eraser will remove the wall of blocks for you to reveal more rewards and jobs available to you. 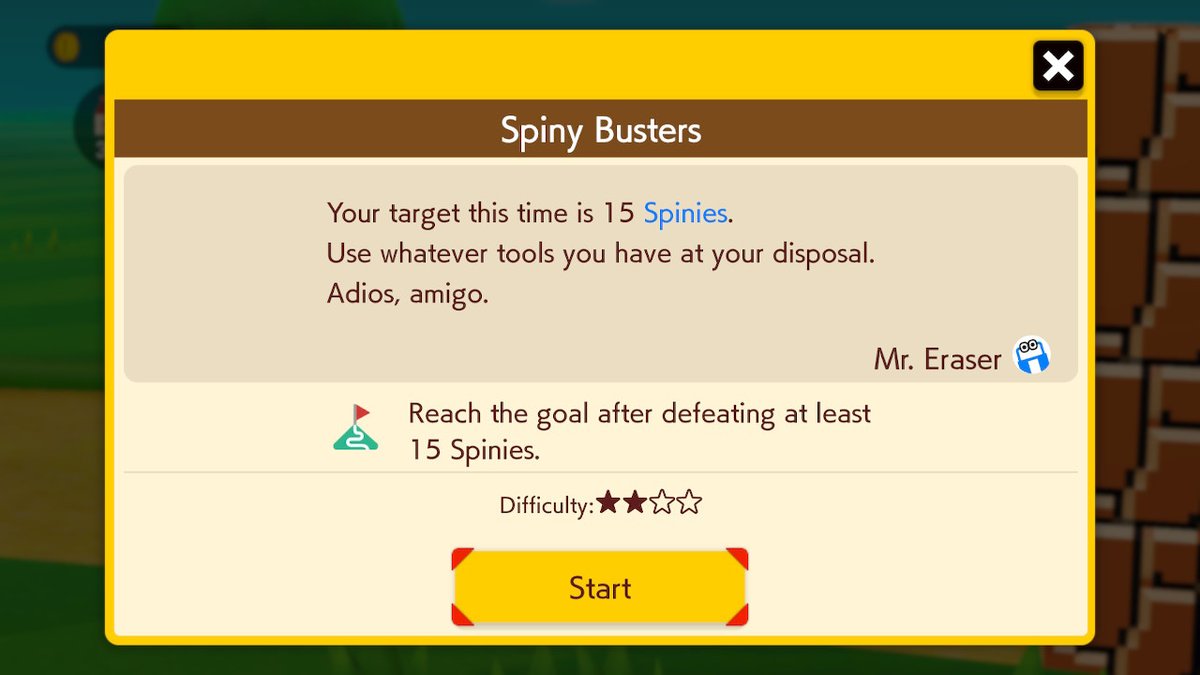 We hope that you enjoy the game fellow Mario Makers!