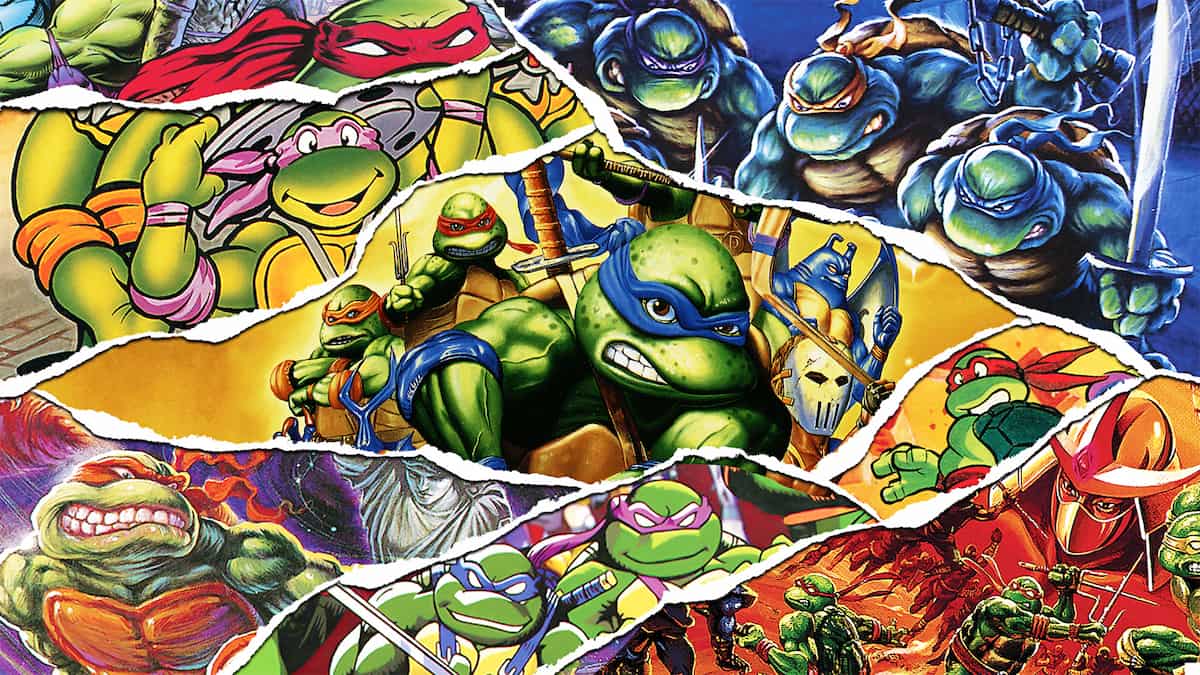 The Teenage Mutant Ninja Turtles have been one of the gaming’s most illustrious group of heroes since the comics and cartoons took the world by storm. The original arcade game that launched the turtles in 1989 set off a firestorm of Ninja Turtle games that still resonate today. The series has had its ups and downs, and recent history with games such as Shredders Revenge and the upcoming Cowabunga Collection has brought a lift to this long-running franchise. Let’s instead talk about the seven best games featuring the heroes in a half shell.

The NES original is a classic side-scrolling action platformer. Although it was left behind in terms of presentation and depth, the NES original featured some unique mechanics that were never tried again. An overworld map featured isometric gameplay. You can even hop in the turtle van, drive on the map, and engage in light combat. This game was also infamous for its brutal difficulty.

The sequel to the original smash hit was a home port of the arcade original. For the home release, it was renamed part two to keep fans from being confused. It also added a new level and a boss fight to go with it. This game firmly moved into the side-scrolling beat-em-up genre, where the series would flourish for years.

After years of arcade and NES dominance, this was the first turtles’ game to hit the Sega Genesis. This game is somewhat obscure, as most of the game shares assets with Turtles in Time. It featured an entirely new plot, levels, and boss fights and played faster than the other games at the time. This also remained a Genesis exclusively for its lifetime, but that will change when the Cowabunga Collection releases later this year.

Although the arcade version of Turtles in Time looks better and features more music and voice samples, the SNES version truly pushed it to the stratosphere. This version of the classic side scroller featured extensive mode 7 usage, the SNES graphic technique. This was used to let players throw foot soldiers into the screen, which became a trademark of the series for all games that would follow.

The final TMNT game released for the Gameboy, Radical Rescue, completely switched gears with a new game style. This title features a heavy Metroid inspiration. You started as Mikey and had to explore and rescue the other turtles. Each turtle would feature their abilities to help them explore the map and uncover secrets. This game features elements that would show up a couple of years later when Konami would create their Castlevania classic, Symphony of the Night.

Shredders Revenge may be very recent, but it does not halt its inclusion on this list. Featuring an expanded roster consisting of Splinter, April, and Casey Jones, Tribute Games did a fantastic job carrying the legacy while building upon it with respect and care. Six-player online co-op and combat depth help make this one of the best Ninja Turtles games.

Tournament Fighters on the SNES could have easily been an uninspired Street Fighter clone with no ambition, and that is essentially what the Genesis version of this game was. The SNES version was considerably better. It featured a better roster, tight controls, and some solid gameplay. It grew over the years, developed a cult following, and will feature online multiplayer as part of the Cowabunga Collection. A great fighting game that any turtles fan shouldn’t miss.