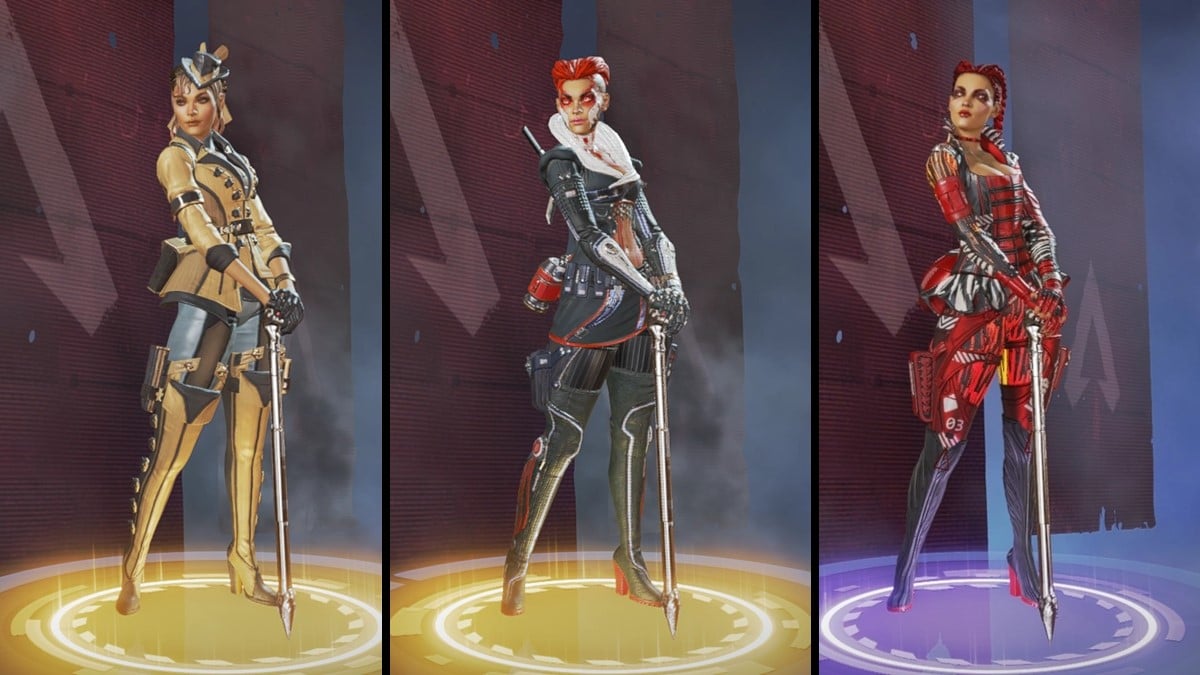 Loba Andrade is a rich and stylish thief who has chewed her way to the top in a wolf-eat-dog world. She is one of the only two support Legends in Apex Legends, but she can also be played selfish just as easily. Orphaned at a young age by another Legend, Revenant, she playing each game with vengeance in her heart. This bloodthirsty, bisexual femme fatale is over-the-top in some of the best ways, so let’s dig into it. Here are Loba’s 10 best skins.

To be honest, we love the outfit, but that dreadful makeup pushed it down to number 10.

The eyes on this are what really sold it. It adds a unique look to the skin no other Loba skin has.

This skin is pretty cool — though it is the least exciting of Loba’s basic legendary skins, we like the look.

This fiery look is definitely an attention-grabber, but not as good as its original variant.

We can’t get over the hair on this skin. It’s iconic. We would love to see her hair in similar colors again.

This variant of Gold Standard is much better. The color choices are bold, and the white hair looks great.

Loba has awful luck with event legendary skins, but voila: here stands her only good one.

This skin, hairstyle and outfit is very cool and futuristic, but its variant is even better.

1. Off the Record (Legendary)

This is one of the best skins in the game — end of sentence. It taps into an androgynous and almost masculine side of Loba we rarely see, and colors are absolutely stunning on her. From the white robotic plates, to the red makeup, to the short red haircut: she looks like she just walked out of her own sci-fi movie. The high-fashion feel of the look also pairs wonderfully with Loba as a character. We are dying to see more short hair Loba skins. 11 out of 10? Can we say that? Well, we just did.