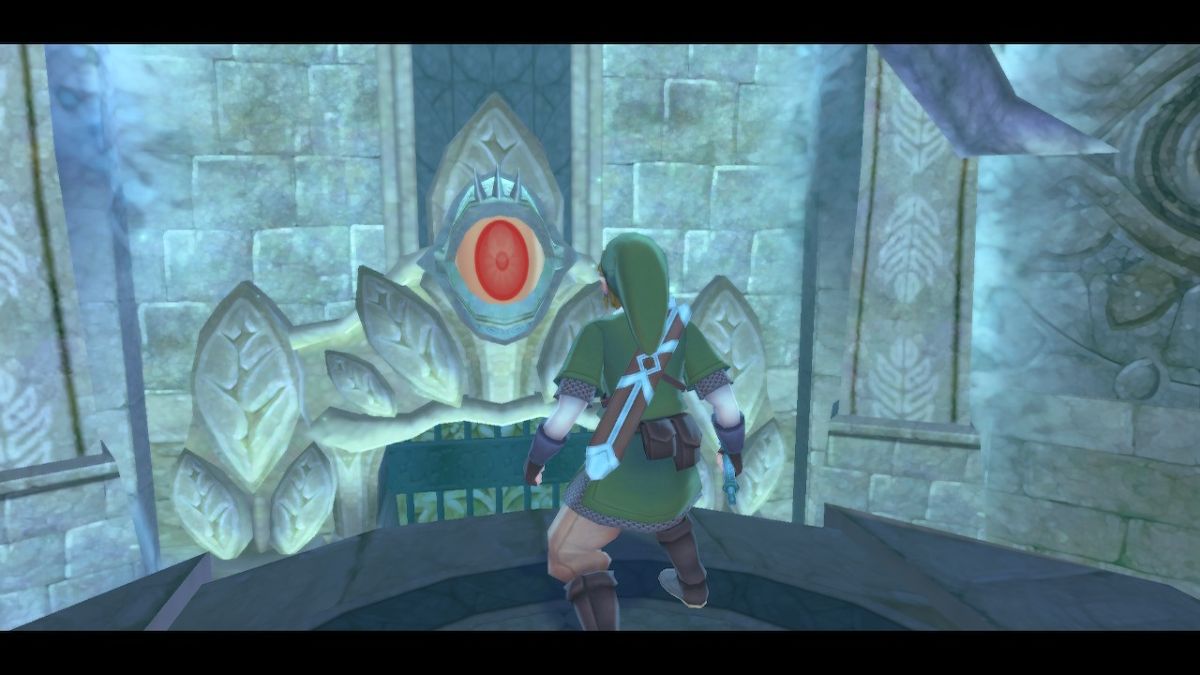 As one of the first puzzles in The Legend of Zelda: Skyward Sword HD, the eye can confound gamers, especially those who are younger. As it stares into your soul, it blocks the way through the Skyview Temple. The answer to the problem is easy, and when you figure it out, you’ll likely roll your eyes in a similar fashion to the enemy.

Definitely not as powerful as Sauron

The first eye you face in Skyward Sword HD is a pipsqueak and can be defeated easily by the power of logic. When you get close enough to it, the eye will open. Now, raise your sword and you’ll notice the eye stares at it. Now, spin it around over and over in a quick fashion. As you roll the thumb stick or your wrist if you’re using the motion controls, the eye will start getting dizzy. Keep going and then its eye will turn red. It will then faze out and the door opens.

Before you leave, however, there is a golden object to the right of where the eye used to be called an Amber Relic. Remember where that is for later as it is a material that can be used to craft shields and seed satchels. We weren’t able to shoot it down with a slingshot at this point in the game.