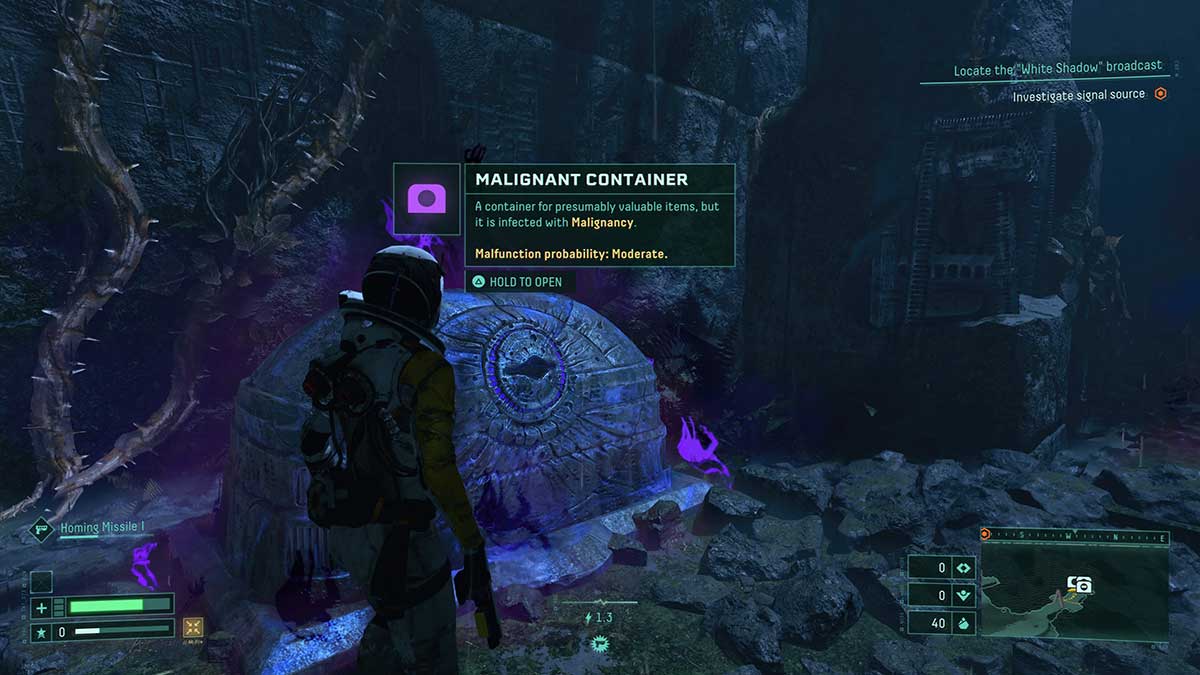 Returnal has a couple of types of Containers that you can open for various rewards. One of these is Malignant Containers. Much like Malignant Keys, these chests carry with them a risk of causing a suit malfunction. In this guide, we’ll offer some tips to demonstrate when you might want to open a Malignant Container and when it’s better to leave them alone.

Before you open a Malignant Container, you need to weigh up the risks it presents against the potential reward. Some of these Containers carry more risk than others. For example, those with “moderate” risk could hit you with a malfunction that you can remove by completing certain objectives in the rest of your run. However, those with “very high” risk could destroy a piece of equipment entirely. If you’ve got an Artifact that you don’t want to lose, leave “very high” risk Malignant Containers alone.

Will the reward benefit your current run?

Something else to consider with Malignant Containers is where you are in your run. If you’re in the early stages, you can stand to take on a malfunction or two because you’ve still got some easy enemies ahead of you. If you’re forging a path forward through points of the game you’ve never seen before, though, a malfunction could cost you all of your progress so far.

If you manage to make it through the early stages of a run and remove your malfunctions, the rewards on offer might benefit you and help you finally conquer a boss that you’ve been stuck on. Taking on a malfunction right before a boss is never a good idea, though.

Sometimes the reward isn’t worth it

This final tip is a warning. We encountered three Malignant Containers early on in a run and opened all of them. The rewards from the two Containers with a “moderate” risk provided equipment that instantly resets the alt-fire cooldown on a weapon and a consumable that increases the drop rate of Resin. These are fairly good rewards for the slightly inconvenient malfunctions that were applied to Selene.

The “very high” risk Container destroyed a powerful Artifact that boosted healing by dealing damage, and all it gave us was a one-time healing item. In this instance, opening all three Containers wasn’t worth it. Losing such a powerful Artifact early on took its toll, and we died soon after making this mistake.

Not all Malignant Containers are guaranteed to inflict a malfunction. But they all carry a possibility that you’ll take one. If you’re willing to take the risk, you might walk away without a malfunction at all.