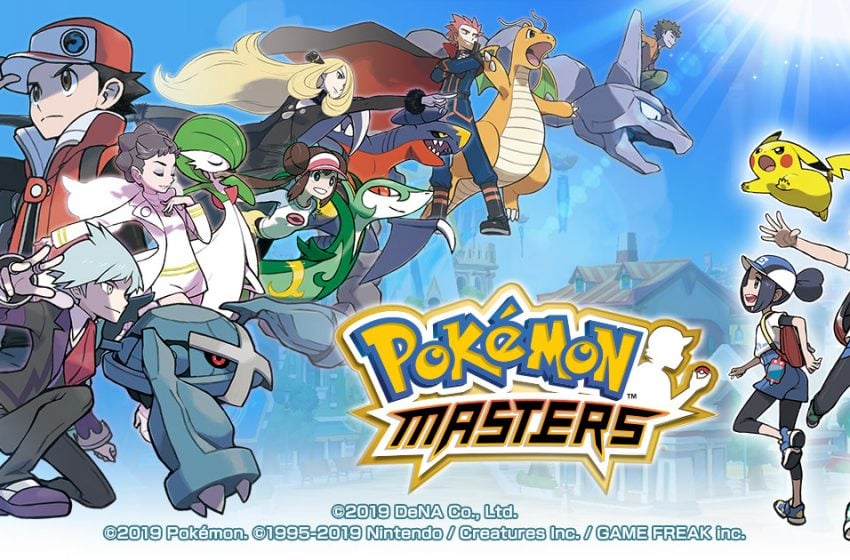 Pokémon Masters is a great gacha game that has a lot of different units available for players to use. Each sync pair is uniquely suited for different situations allowing players to build teams capable of handling anything that gets thrown at them. Sometimes it can be tricky juggling all of the different strengths and weaknesses of each pokémon and the different moves available through each sync pair. Ideally, players will want high powered strikers with flexible support or tank units to back them up both in single-player and co-op. Here is a list of the top five-star sync pairs that every player should hope to pull.

Charizard is well known for being a versatile powerhouse to begin with, but when using the mega evolution x, it is easily the best striker available in the game. It can max out its own speed, attack, Sp. Atk, and critical chance making it a formidable opponent. Its move set capitalizes on its incredibly high raw power. Heat Wave and Blast Burn can tear through just about any opposing team with minimal effort. Charizard also has some handy passive abilities that make up for what few drawbacks it has. Piercing Gaze makes up for the slightly lower accuracy of Blast Burn and cancels out evasive buffs used by the opponent. Propulsion can be combined with Charizard’s My Destiny! move to gain quick access to the sync move/ mega evolution.

Mewtwo is one of the most flexible and forgiving strikers available in the game. This pair is beneficial co-op games thanks to its very high Sp. Atk and the Nowhere to Hide! move that maxes out its critical hit chance. This pair is perfect for dealing with EX challenges and the more difficult stage bosses. You can easily swap Mewtwo in and out with a support pair when you need to pull it back from getting heavy damage or need some help. You can swap it back in and start dealing high powered crits almost immediately. Mewtwo also features the ghost type attack Shadow Ball which makes it useful even against other psychic types. The biggest drawback to this pair is that it really needs a support pair around to max out its Sp. Atk to maximize its damage potential.

This pair will come as no surprise to most veteran players. Even before evolving, Treeko has one of the highest base attack and sp. attack stats available in the game. It also has a high base speed that can’t be debuffed thanks to its Haste ability meaning that all speed boosts are permanent. Its support ability Dire Hit+ also adds an extra +2 to Treeko’s already high critical rate. Leaf Storm and the sync attack Leaf Blade of Sundering both do massive amounts of raw damage on their own. Buffing Sceptile even further with moves like X Accuracy or X Sp. Atk from an ally and Sceptile can shred through just about any opponent. The biggest drawback to this pair is that Leaf Storm isn’t super accurate, but you can get around that by giving Sceptile a nice accuracy buff from an ally. This pair is essential for some of the EX challenges, especially EX Brock and EX Barry.

This is a high powered sync pair. Lycanroc is one of the only pairs available in the game that can have an attack over 400 without a mega evolution. Lycanroc has a passive ability that increases it’s speed every time it lands a critical hit, meaning it pairs perfectly with Phoebe and Dusknoir. What further capitalizes on this ability is the already high critical hit rate of Lycanroc’s Stone Edge move. Stone Edge doesn’t have the best accuracy, but Lycanroc has the move Hard as Diamonds, which increases both accuracy and critical rate. This is a pair that focuses on critical hits and capitalizes on them very well with a really high raw power.

This pair is a fantastic support unit for your team. Dusknoir has a high bulk rating, so most of the time, opposing AI is going to target it instead of the rest of your team. Dusknoir is pretty tanky, to begin with, so it has no trouble being used as a target while the rest of your team deals with the opponents. Aside from being a good tank, though, this pair is great for buffing the rest of your team. It comes with the Dire Hit All+ move, which buffs your entire team’s critical hit chance. The pair also comes with a cheer that will not only refill your move gauge but will boost the attack of your entire team depending on how low Dusknoir’s health is making this pair a lifesaver when you are in a pinch.

This is a great support pair for a lot of different reasons. It has one of the highest bulk stats in the game, so opposing AI will focus on it. It has the move, Breathtaking! which reduces sync countdown by two while increasing accuracy and critical hit rate. Rotom can also boost Sp. Atk of the entire team with X Sp. Atk All. This pair is really well rounded and can fit into just about any team you put together, especially those that benefit from Sp. Atk and Accuracy buffs. What really makes this pair shine is Rotom’s passive abilities. Look Alive 9 increases Rotom’s evasion every time it is hit by an attack, and Fast Runner prevents its evasion from being lowered. This pairs perfectly with the high bulk stat of Rotom as it will become the opposing AI’s primary target.

This is a great option for a water type sync pairing that acts as a good alternative to other pairs like Barry and Empoleon. The pair has good all-around stats, but the passive ability is where they really shine. When fully leveled and evolved, this pair already does some serious damage with hard-hitting moves like Waterfall, but when you add in the passive skill Water Shift, they can be absolutely devastating. Water Shift changes Feraligatr’s Mega Kick into a water type move, which means it can get a further boost from rain or other water type boosting abilities. The biggest downfall to this is that Mega Kick doesn’t have very high accuracy. The best way to get around the low accuracy is to use Feraligatr’s X Attack and Pick Up the Pace to increase their power, speed, and guarantee a critical hit on the next move. If you combine all of these with rainy weather, Mega Kick will hit opponents like a freight train.

Even before mega evolution, Metagross is one of the game’s best striker pairs. This pair is great for longer and more difficult battles. While it has a lot of power up front, it really starts to shine as a battle wears on. It has a very high bulk to go along with its high attack, making it a bit tanky as well as a decent striker. Unfortunately, it doesn’t have any AoE attacks or team buffs, so it can only focus on a single target at a time. It makes up for this by having the Bullet Punch fast attack. Metagross can use this attack three times without draining the move gauge. Bullet Punch is a perfect follow up attack after the Solid Steel Meteor Crush sync attack as it can be used while waiting for the move gauge to regenerate without any cost.

This is one of the best AoE pairs currently available in the game. The problem is that while Garchomp is amazing at AoE, it is next to useless for handling single targets. Earthquake is a hard-hitting ground type move that will knock down anyone that looks at you funny. Both of Garchomp’s attacks are boosted by sandstorm weather. It can also receive an attack boost from its X Attack ability. Its best buff though comes from the This Match Is Too Fun! move which raises both speed and critical hit rate sharply with an added boost if there is a sandstorm. These buffs, when combined with a sandstorm, make Garchomp a devastating ground type pair as long as you aren’t looking to target a single opponent. This pair is best when used with a good support unit that can further buff its already high attack and crit chance.

This pair is a damage sponge that is particularly adept at absorbing opposing Sync moves. Eevee, naturally, is very versatile and can fit well on a lot of different team builds. This unit does very well on co-op teams and pairs best with physical striker units. Eevee boasts some impressive passive abilities. Impervious prevents Eevee from ever having their buffs reduced. Benefactor functions just like Baton Pass from the original games giving all of Eevee’s buffs to any team member it switches with. These passive abilities make Eevee the perfect partner in co-op battles. Eevee can buff its own attack using the move Let’s Go! while also increasing the move gauges of other pairs. Then it can absorb enemy Sync attacks without taking the normal debuff and swap out with another unit to pass on its huge attack boost.