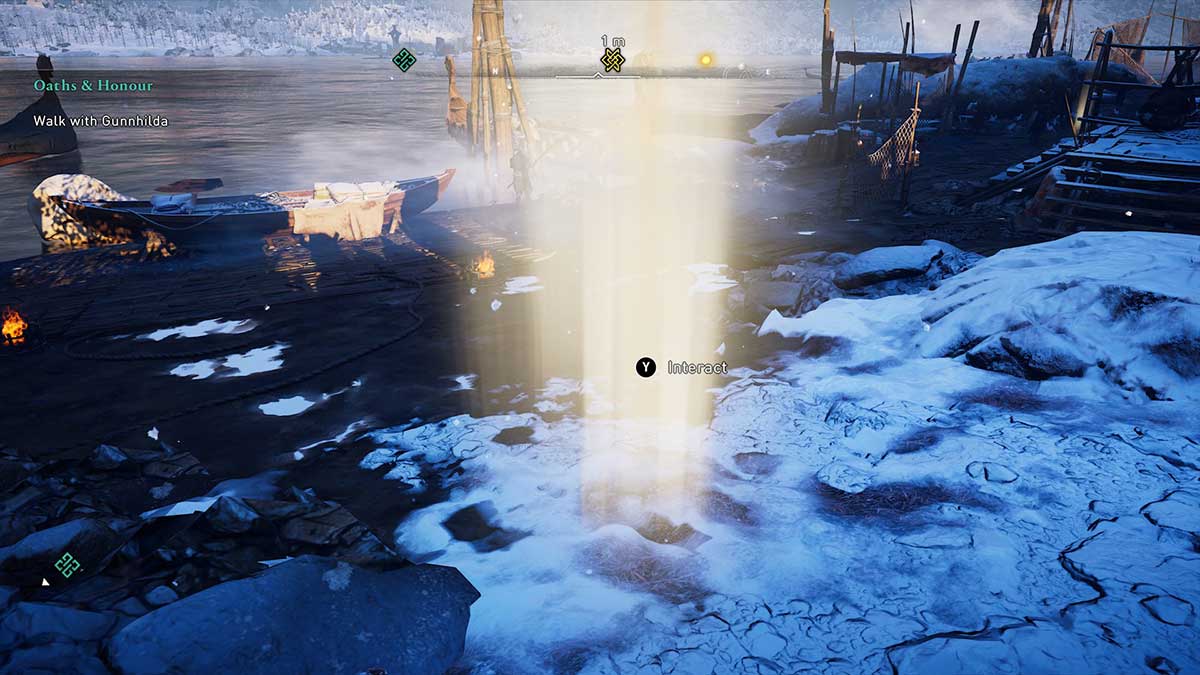 In Assassin’s Creed Valhalla Discovery Tour: Viking Age, players can freely explore the world of the game without the threat of combat or the fear of missing out on a collectible. The game has been built as a learning tool for those interested in history and game development. In this guide, we’ll cover how you learn more about the history that inspired the game through Discoveries.

Discoveries are the gold collectibles dotted around each story location in Assassin’s Creed Valhalla Discovery Tour: Viking Age. Each one contains an entry about the history of Norway or England during the time period Assassin’s Creed Valhalla is set. You can read more about every Discovery by tapping the learn more button after interacting with it.

Discoveries contain a small portion of the history that the team that built Assassin’s Creed Valhalla used to inform the world. For example, there is often a mention of slaves within Viking culture, but until you find the Discovery related to that subject, you won’t realize that it was quite common for people to sell themselves into slavery to pay off their debt. You can learn even more of these fascinating tidbits by playing Discovery Tour: Viking Age and collecting every Discovery yourself.