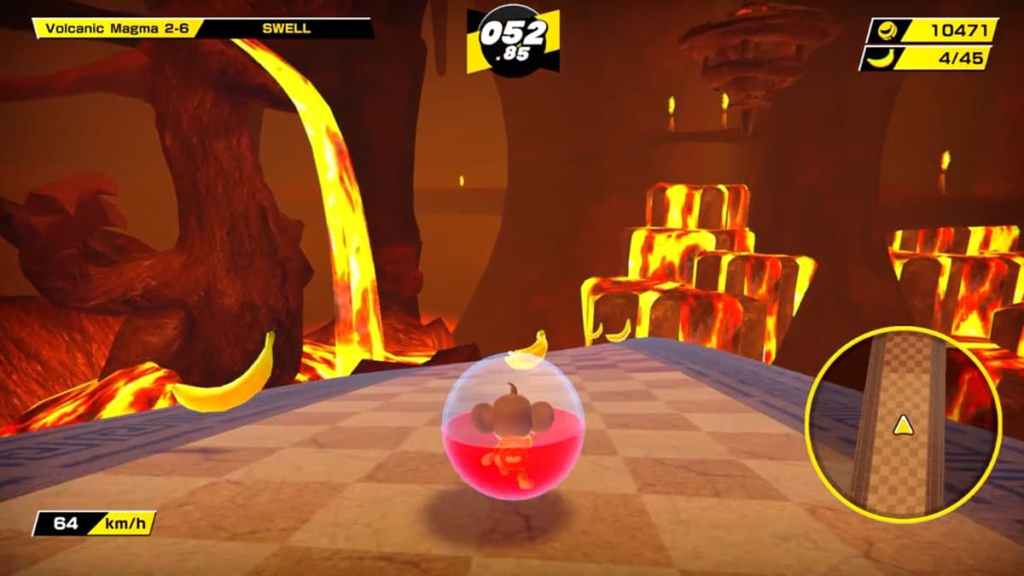 Super Monkey Ball has been one of Sega’s most beloved gaming franchises since its days back on the Nintendo GameCube. Using the environment to control your monkey’s spherical prison’s path to the end goal has always been a light-hearted and fun time. Along the way, there have always been bananas to collect as well, and back in those days, grabbing them would give you extra lives. With lives being removed from Super Monkey Ball: Banana Mania, what purpose do they have now?

While these courses are taken directly from the first two Super Monkey Ball games, they do not have the same use as back then. It used to be that collecting 30 bananas would give you an extra life, which was very important for how challenging the game gets. Luckily though, Sega has removed lives from the game, and you can now continuously retry a course without fear of being kicked out because of an arbitrary number.

When you collect bananas, you receive one point per banana, unless you grab a bundle that will give you ten bananas and ten points. If you collect all bananas in a single run and complete a level, you will be given a perfect rating, but there is not much to this besides an icon on the menus showing you grabbed all bananas.

These points can be accumulated alongside completing courses and missions and then spent in the Point Shop on the main menu for new characters, cosmetic items, photo filters, and special modes. In those special modes, points will have a variety of new uses. Golden Banana Mode, for example, wants you to grab all bananas to complete a level. The Dark Banana Mode, however, wants you to avoid them.