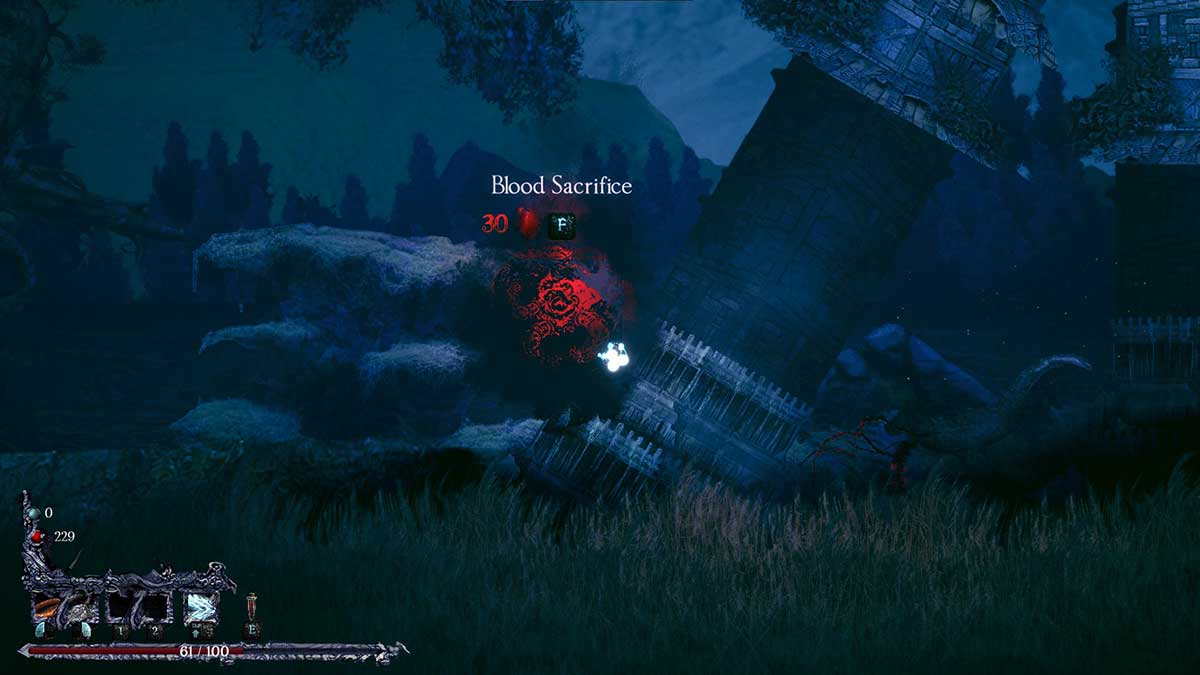 Source of Madness is an extremely complex game on the surface, but once you’ve delved into the details of its mechanics and systems, then you’ll quickly learn how it works. One of those systems is a Blood Sacrifice, but the game doesn’t explain what this is until you jump into it. That’s why we’ve put together this guide, which will hopefully save you some blood.

What is a Blood Sacrifice?

A Blood Sacrifice appears as a red mark in the world. It glows and is generally surrounded by horrific monsters that you need to kill before you can get close to it. Once you can, though, you’ll see that it costs you a certain amount of blood to activate. Make no mistake. If you opt to take the Blood Sacrifice, you’ll be losing the amount of health shown on-screen, so don’t jump into it if you don’t have enough to spare.

Once you take the Blood Sacrifice, you’ll be transported to a new dimension. In this dimension will be three chests, all of which contain a new item for you to pick up and use in your current run. Unfortunately, you can’t preview the items in these chests, so you’ve just got to pick one. You could find anything here, from a shield that protects you from a couple of hits to a black hole that swallows everything in sight.

The only thing to remember is that you’ll lose health by picking up a Blood Sacrifice. So don’t do this if you’ve already got a low amount of health because it’ll make the rest of your run more difficult. If you’ve got health to spare, however, have at it.