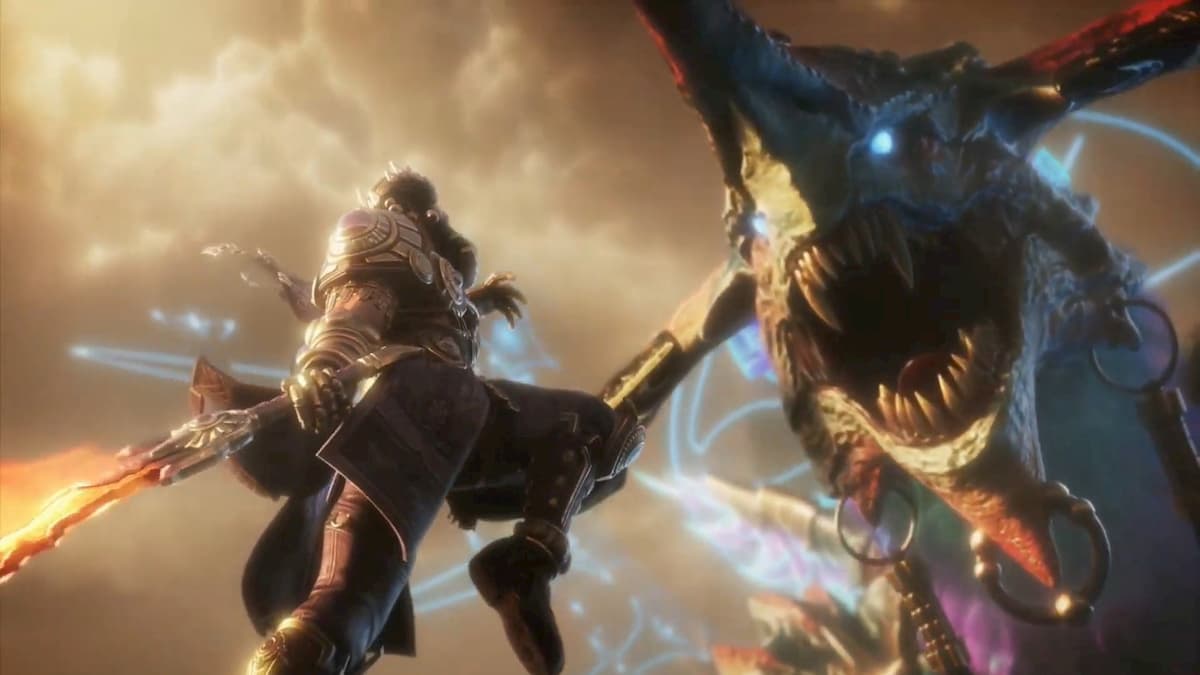 The addition of the Babaloyian pantheon to Smite means players can expect to see a diverse series of new gods added to the game as it continues. The first from this pantheon will be Tiamat, and she’s making her debut on February 23 alongside update 8.2. She’s going to have a whopping 11 abilities that players must cycle through thanks to her stance switching, making her a fearsome choice to go in the jungle, middle, or solo lane role. The next god to release after her will be Gilgamesh, and he is arriving on April 20. We got to hear a little bit about him during the March 31 Smite Update Show.

At the start of the year, during the Smite World Championship, Hi-Rez held its showcase show that detailed the upcoming future for the MOBA. Not only was Tiamat announced, but the next god after her, Gilgamesh, had also been announced. With Tiamat’s release date, how much do we have to wait before Gilgamesh enters the arena?

During the Hi-Rez showcase show, the developers briefly mentioned they intend for Gilgamesh to release sometime in April, and we were correct about this release time. We’ll likely receive more information about him at the start of April, similar to Tiamat, and then close to the end of the month, and there will be a full update, likely 8.4 or 8.5. It depends on how many bonus updates they do before bringing Gilgamesh to the live servers. Because they’re already talking about him, April seems like the best guess, but we have not received any additional information or confirmation from Hi-Rez.

When Gilgamesh does arrive, we already know he’s going to be a warrior. There were rumors that he, just like Tiamat, would have the ability to stance switch. The stance switch might be similar to Ullr, where he changes weapons during a fight, giving him access to new skills, abilities and improving his stats; similar to Achilles, he dons his armor.