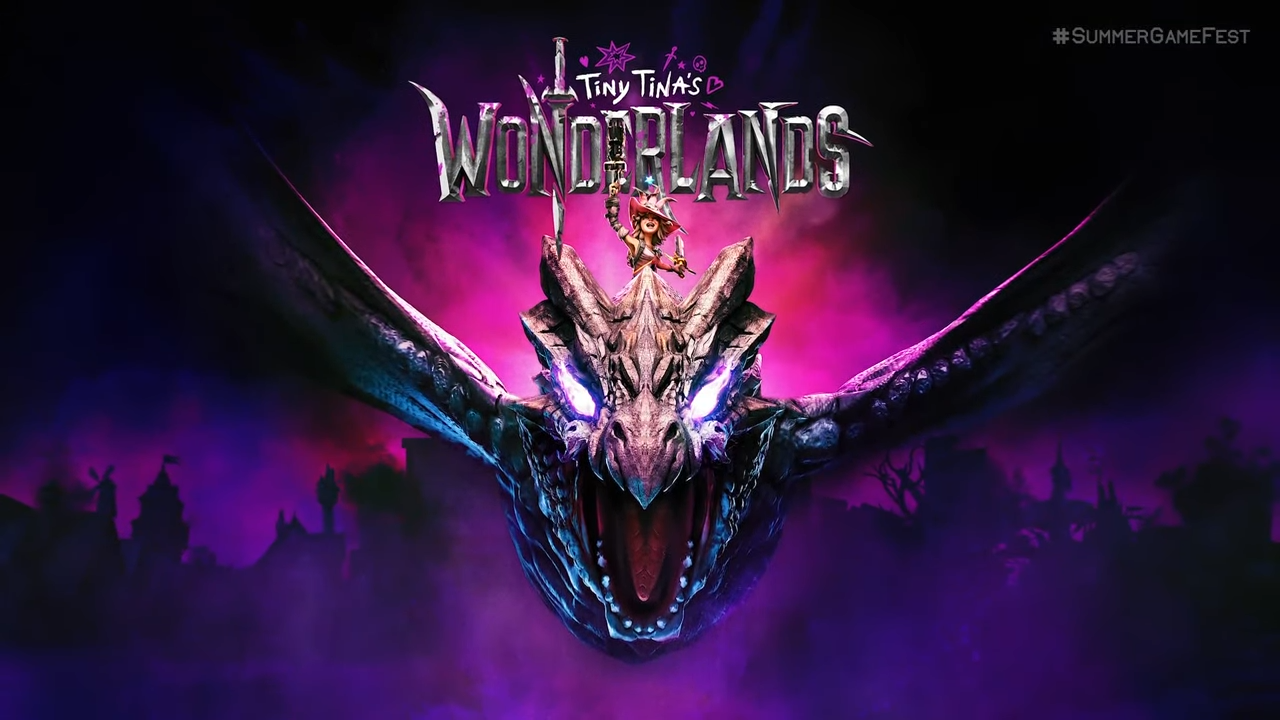 The release date was announced during the PlayStation 2021 Showcase to be March 25, 2022. As we expected, it was going to be an early 2022 game. We can also expect it to release to PC, PlayStation, and Xbox consoles on launch day. Despite it being a fantasy adventure, we’re still expecting to see a large pile of guns, a wacky narrative, and outlandish humor we expect from the Borderlands team at Gearbox Software. Alongside the array of guns, we’re also told that there will be magical spells that players can cast. Based on the brief teaser we received during Summer Game Fest, the spells will be used in the character’s off-hand and will augment a player’s weapon during combat.

Tiny Tina’s Wonderlands is a star-studded cast starring Andy Samberg, Wanda Sykes, Will Arnett, Ashly Burch, and Butt Stallion, Handsome’s Jack pure diamond horse from Borderlands 2. Given the large star power behind this title, we are looking forward to hearing the cast take jabs at one another throughout the adventure.