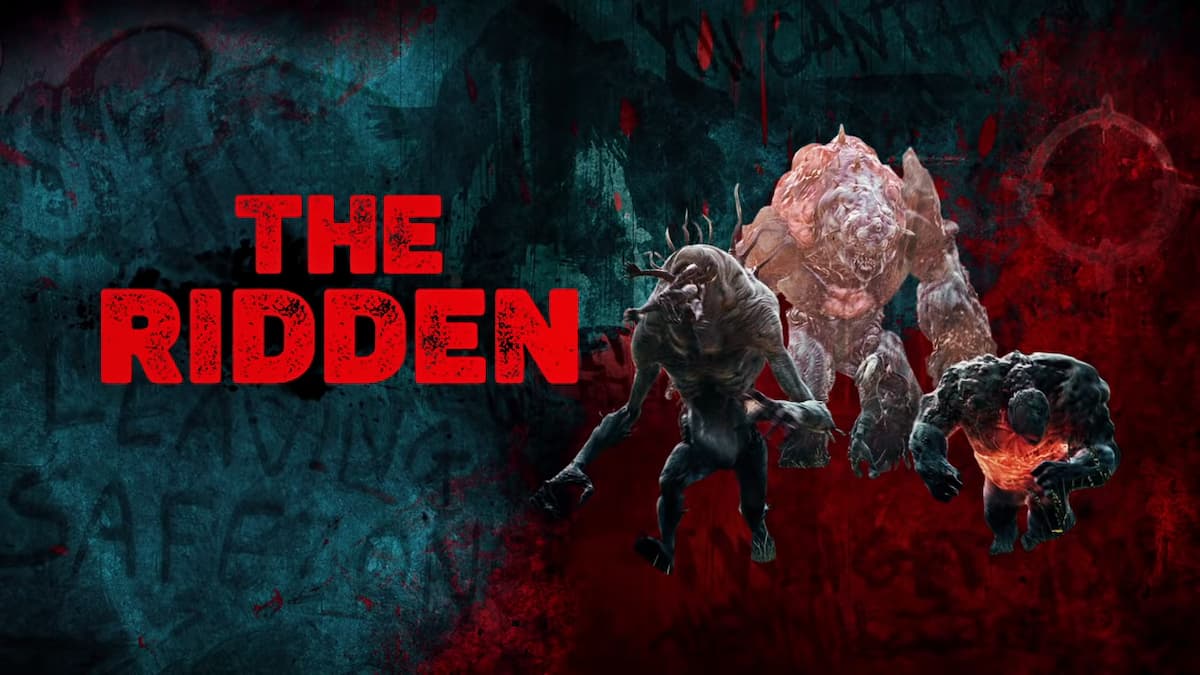 Back 4 Blood returns the cooperative zombie-killing action we waited for since Left 4 Dead 2 was released in 2009. Included in many of the similar returning aspects of the game are special infected. These are people who have been turned into the Ridden but have mutated beyond the common infected you will see grouped and have special powers to harm and trap cleaners. Here are all of the special infected Ridden in Back 4 Blood.

The Abomination is the final boss of Back 4 Blood. It is a gigantic creature that lives underground and has dug massive tunnels beneath Fort Hope. It fights with giant tentacles that smash the ground or spew acid all over the place. Killing it requires putting a lot of firepower into its weak points.

The Breaker is a boss Ridden, a slow walker, but jumps around and creates a shockwave by pounding the ground. The shockwave will cause anyone nearby to be blasted backward. They are heavily armored enemies with various blisters around their bodies that the Cleaners want to aim for.

The Tallboy group of Ridden are lean, slow shambling enemies that utilize the giant club their right arm has turned into for offensive means.

The Bruiser has a lot of spikes protruding from its club, which are useful for when it attacks. It will continuously smash the ground in its vicinity for a short duration. Its weak point is on the shoulder.

The Crusher’s club has extra tendrils to wrap around players and lift them into the air. During this time, the Cleaner is incapacitated and will take damage over time. Shooting them in the head will stun them and make them drop the trapped player.

Where the Bruiser slams the ground around it furiously, the Tallboy will charge up a singular strike that it slams on the ground directly in front of it. If any Cleaners are nearby, the shockwave will send them flying backward. Like the Bruiser, its weak point is on the shoulder of the club.

These wider enemies bring memories of the Boomer from Left 4 Dead, but each iteration here is quite different. While they all burst when shot, the other aspects make them more capable of dealing damage themselves.

As you might guess from its name, the Exploder will explode upon being shot, but it can also set itself to self-destruct. If it explodes close enough to a Cleaner, they will be pushed backward through the air. Aim for its chest to hit its weak point.

The Reeker spits out and explodes slime when defeated. If it gets on you, it will obscure your vision and bring in a horde. It also has a melee attack since its explosion does not cause damage directly. Shoot it in the stomach to kill it faster.

The Retch is a fantastically creepy beast that has multiple skulls embedded throughout its upper body. It projectile vomits acid out at the Cleaners that do damage over time like the Spitter’s goo from Left 4 Dead 2 and leaves behind puddles of this acid. If they vomit on you, there is a chance for a horde to come in.

The Hag is probably the Ridden we found the most frightening. It runs up to Cleaners and will grab you with the multiple hands coming out of its mouth. It then will try to devour you whole, leaving you helpless and your fate up to your nearby teammates. If you see a Hag, play the situation like you would with a Witch from Left 4 Dead. Find a way around it without startling it.

This group of Ridden pounces around the environment and quickly leaps at you. This action may remind you of the Hunter from Left 4 Dead, but we have not seen these creatures pin players to the ground and claw at them.

The Hocker gathers phlegm and hurls it at Cleaners. If hit, the Cleaner will be trapped and take damage until a teammate comes and rescues them.

The Stinger can cling and stick to walls, so it doesn’t need to get to the flat ground to attack players. It also spits out a stringed projectile that will damage players if hit.

Although they have different mannerisms, the Stalker is the closest monster Back 4 Blood has to the Jockey from Left 4 Dead. The Stalker likes to hide around corners and in dark areas. When it sees an opportunity, it will pounce on top of a Cleaner and pull them away.

The Ogre is a boss Ridden that you will run into multiple times throughout your campaign playthrough. When it appears, you have the choice to fight it or run away into a small enclosure it can’t fit in. It has giant blisters that are its weak spot, but it is incredibly powerful. It will smash you into the ground or toss large globs of goop at you for a ranged attack.

Sleepers are much smaller than other enemies, appear on walls throughout levels, and jump out at you if you step in front of them. If this vertically challenged Ridden hops on you, you will be pinned and continuously take damage like a Hunter from Left 4 Dead. All you need to do is shoot their pod from the side, and they will be defeated before they become a threat.

Snitches are long-necked enemies that will call the horde when they are damaged or see a Cleaner. They put out a piercing scream and can turn a tame situation into something hectic very quickly. Whenever this special infected receive any damage, you want to take it out quickly before it can call a horde.

The Urchin, Shredder, and Ripper were added in the big Tunnels of Terror expansion. All three are easy to point out from other variants of their normal forms by the spikes protruding from them.

The Urchin spits out spike traps that will damage you until you destroy them, the Shredder grabs Cleaners within its range and pulls them towards it, and the Ripper pounds the ground causing a shockwave of spikes to rush towards you