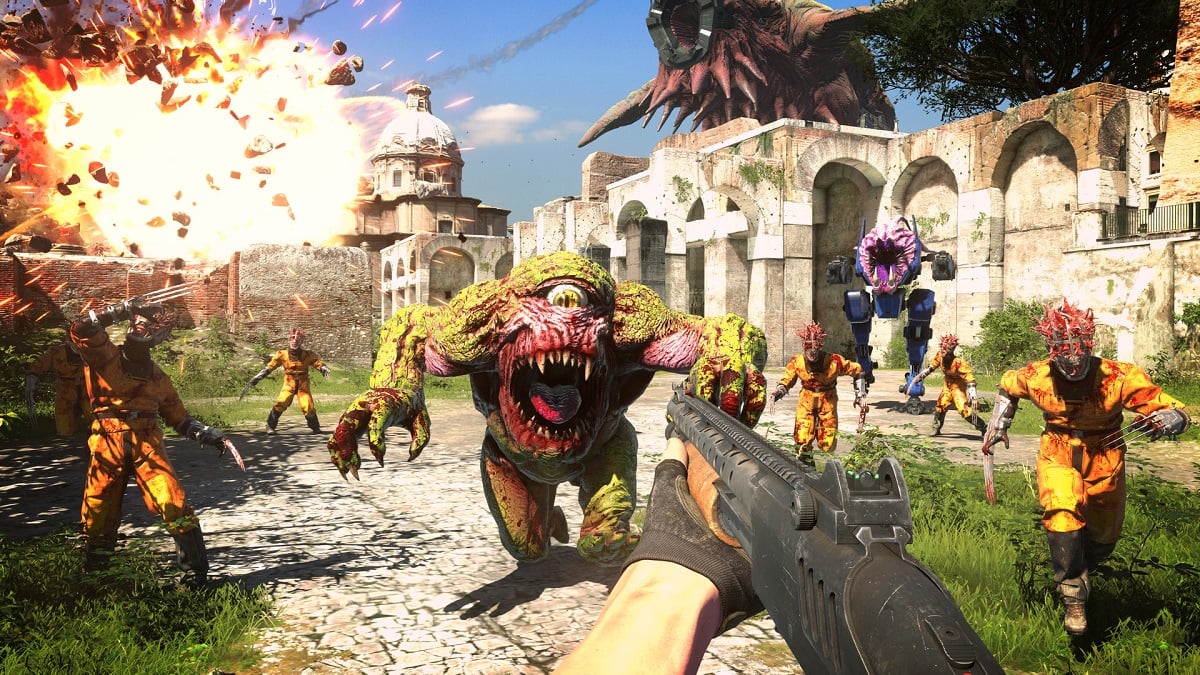 Serious Sam 4, the latest entry in the long-running franchise, hits PC via Steam and Google Stadia today. The action FPS title pre-sequel has been a long time coming for its fanbase, but the wait for Serious Sam 4 is almost over now.

If you can’t wait to drop back into its 90s-esque world, you won’t have to do so for much longer. The exact unlock time for Serious Sam 4 has been revealed, and it is getting a simultaneous release worldwide. That means that the game will unlock simultaneously no matter what world region you are in.

Serious Sam 4 launches at 3pm CEST. To save you working out what hour that corresponds to in your area, we’ve taken the liberty of listing the most-searched-for time zones below. You can find out what time you can dive into Serious Sam 4 by reading on, so don’t let us hold you back:

If you live in the USA’s Pacific Time or New Zealand Time zones, it could be an early start or a late-night finish if you want to play Serious Sam 4 as soon as it drops. Everywhere else will see it unlock at a suitable time, though, so you could potentially sink some hours into the game once it’s released.

Judging by the game’s Steam page listing, there is no preload available for Serious Sam 4. If that’s the case on Stadia, you will have to download and install it before playing. Bear this in mind if you are planning a late night or early start playthrough.