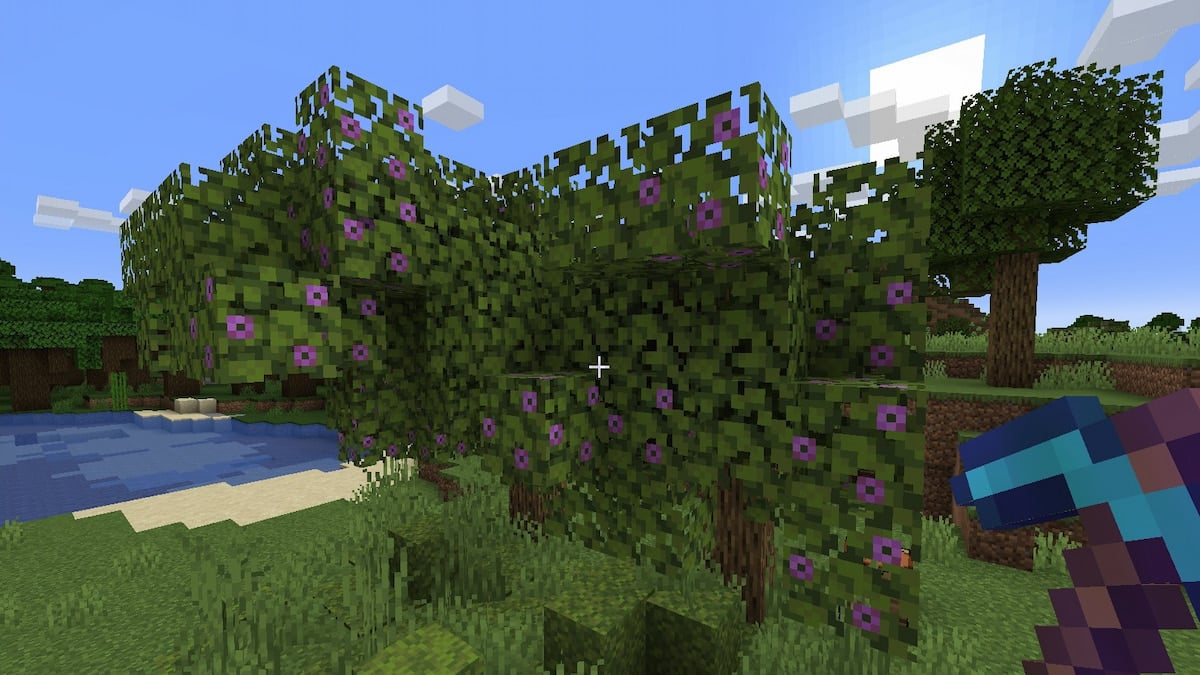 When Azalea Trees show up in Minecraft, they spawn above a Lush Cave. They can spawn on top of any Dirt or Grass Block that you can find, typically where a Lush Cave appears. If you find an Azalea Tree, they’re essentially a massive red marker indicating where you can find a lush cave, which means you need to dig down to find it. The trees appear on any space above these caves, and there’s a chance that an Azalea Tree can spawn inside the cave, given the size.

If you want to add an Azalea Tree to your garden, there is a way you can acquire them. It would be best to find a moss block trading with a wandering trader or by looting a chest inside a shipwreck. The wandering trader will give you two moss blocks for a single emerald.