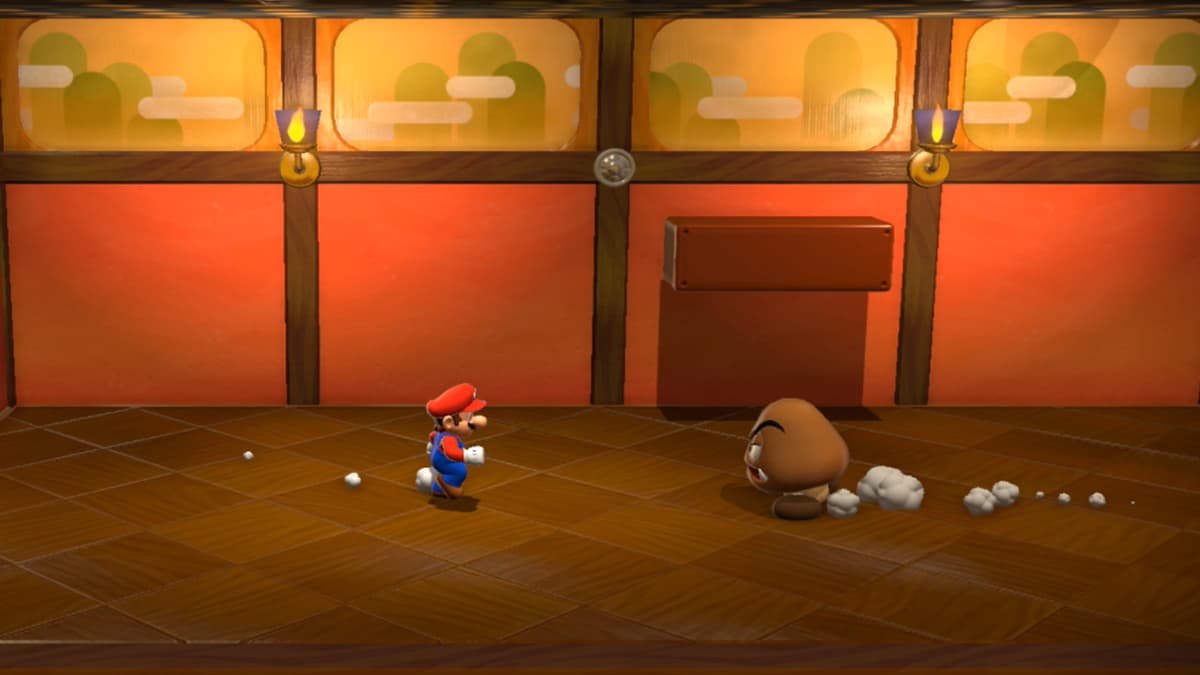 Stamp collecting in Super Mario 3D World + Bowser’s Fury is a good challenge for anyone interested in exploring every nook and cranny of the many linear levels throughout the original Wii U title. Some of these collectibles can be harder to find than others, though, with hidden pathways and specific power-ups needing to be utilized for the opportunity to grab them to arise. On World 6-3, Hands-On Hall, you need to travel through a building filled with a variety of Mario enemies. You would think finding a stamp wouldn’t be too tricky, but it is pretty well hidden. Here is where to find the stamp on World 6-3, Hands-On Hall in Super Mario 3D World + Bowser’s Fury.

When you begin World 6-3, play through the level as you normally would until you reach the checkpoint flag on the outside portion of the map. Out here, you need to scale the roof and grab the key coins to unlock a block that will teleport you to a different part of the building.

Before you jump into the block, run to the bottom right portion of this section and hit the Question Blocks to turn them into Propeller Blocks. You need to wear one of these and take it into the orange box with you.

You need to proceed in the next hallway until you reach the first group of Spikes throwing the spiky columns. While it doesn’t look like it, they are actually throwing them out a doorway. Pick your moment and run outside without getting hit and losing your Propeller Box.

When outside, use the Propeller Box to fly onto the awnings above. The stamp is floating above a cloud in the middle.