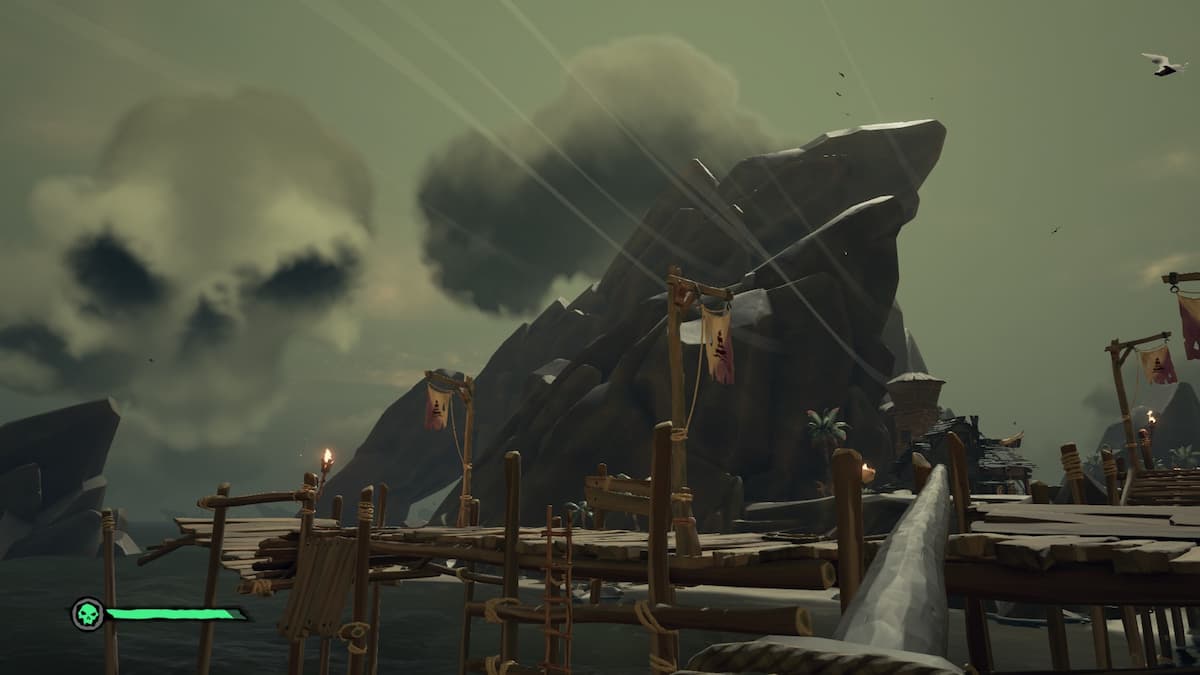 There are a variety of skeletons you can battle against in Sea of Thieves. By taking down the more powerful ones, you can gain valuable loot and access to their skulls after they’ve fallen in combat. Some of the skeletons also drop quests for you complete, or keys that give you access to chests, full of even more loot to make you and your crewmates rich. One of the more notable skeletons you do battle against is the Ashen Guardians. These enemies can appear on you on several occasions.

A basic way to encounter an Ashen Guardian is to have them spawn on you while you’re wandering around an island. They’ll rise from the ground and attack you, much like many of the other skeleton captains that appear with a horde of skeleton allies next to them. If you encounter them on an island, a good way to take them out is to return to your ship and fire at them using your cannon. It should only take a few shots to eliminate them, and given the rewards they provide, wasting a few cannonballs on them is a worthwhile endeavor.

Alternatively, if you’d rather not wait for one to appear while you’re exploring an island, you can always force them out through a more aggressive method. Ashen Guardians appear during the second wave when you are attacking a skeleton fort. Because you’re attacking a skeleton fort, there’s a lot more risk involved, and you can expect you’ll have to battle wave after wave of skeletons to survive. You’re better off bringing a friend or two to help mitigate how often they focus on battling you, giving you a chance to take a break and shove some food down your throat to heal.

You can find an activated skeleton fort indicated by the grey skull symbol in the sky, the one with green eyes. These are all of the skeleton fort locations in Sea of Thieves.

These skeletons have about 500 health, they can carry a sword as a melee weapon, and they can have a flintlock or a blunderbuss as their secondary ranged attack. They also might eat food during a fight to heal, so if you ever see them eating, dive straight at them to do as much as damage as you can get in while they’re eating.

After you defeat them, they have a chance to drop a Villainous bounty skull. They also might drop a note that contains a quest that will lead you to an Ashen Chest.