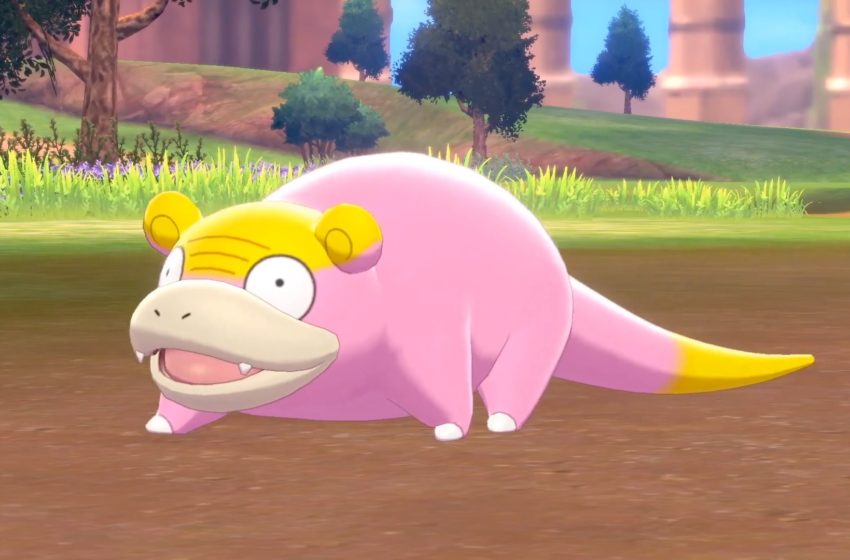 Quite early in the Isle of Armor DLC, you will be tasked with trying to track down three very fast Slowpoke. These little guys really are quite fast, but fortunately, they run in a circuit, making it easy to intercept them once you know where to look. After you are sent to find the Slowpoke, follow the path to the right, the same path that they take.

You will come to a new area, and the Slowpoke are not that far away.

The first slowpoke can be found by turning right and walking towards a cave entrance at the end of the rocky cliff that runs along to the right. He will be running in a circuit in this area, so just watch where he goes, then stand in his path.

The third Slowpoke can be found by walking towards the large tower you will be able to see from where you caught the second Slowpoke. You will find the third one running a circuit in the area shown in the image above.

If you are struggling to catch them, you can use your bike, but it really is very simple to watch their routes and then intercept them as they run the same route repeatedly. You also don’t need to catch them in a PokeBall; you can simply fight them normally, then when they faint, you will get the pieces of the uniform back. When you have caught all three, return to Mustard at the Dojo.