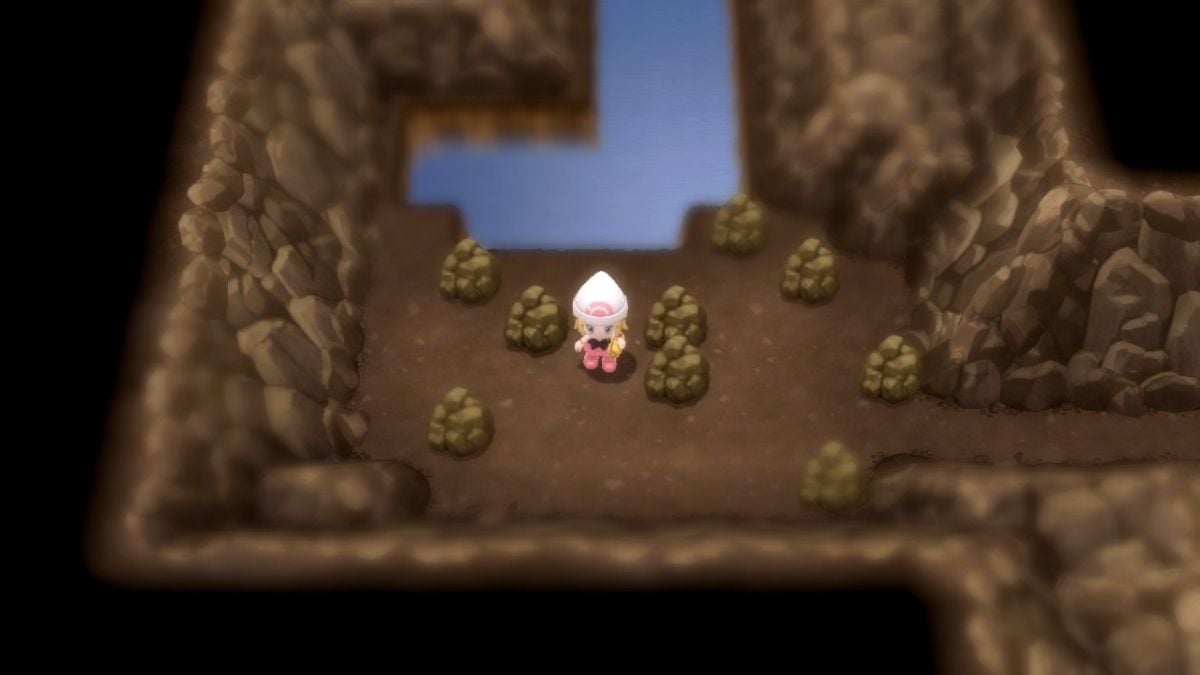 There are a ton of different TMs to find throughout Pokémon Brilliant Diamond and Shining Pearl. They are hidden throughout the map, in caves, and tucked away in dense forests. TM 39 is Rock Tomb. This powerful rock-type attack has a power of 60 and fairly high accuracy. As a bonus, an opponent hit with this move has its speed stat lowered.

This TM is hidden in the cave north of Jubilife City, known as the Ravaged Path. Before you can access the area, however, you will need to get the TM Rock Smash. This TM is given to you as part of the story progression when you go to Oreburgh City, east of Jubilife City.

Once you have Rock Smash, head to Oreburgh City and complete the tasks there. You will need to challenge the gym leader and win so you can use Rock Smash outside of battle. With that done, head back to Jubilife City and head North to the cave.

When you get inside the Ravaged Path cave, use Rock Smash on the rock to the left to open the path up. Follow the path, and just below the pool of water, you will find the TM Rock Tomb.