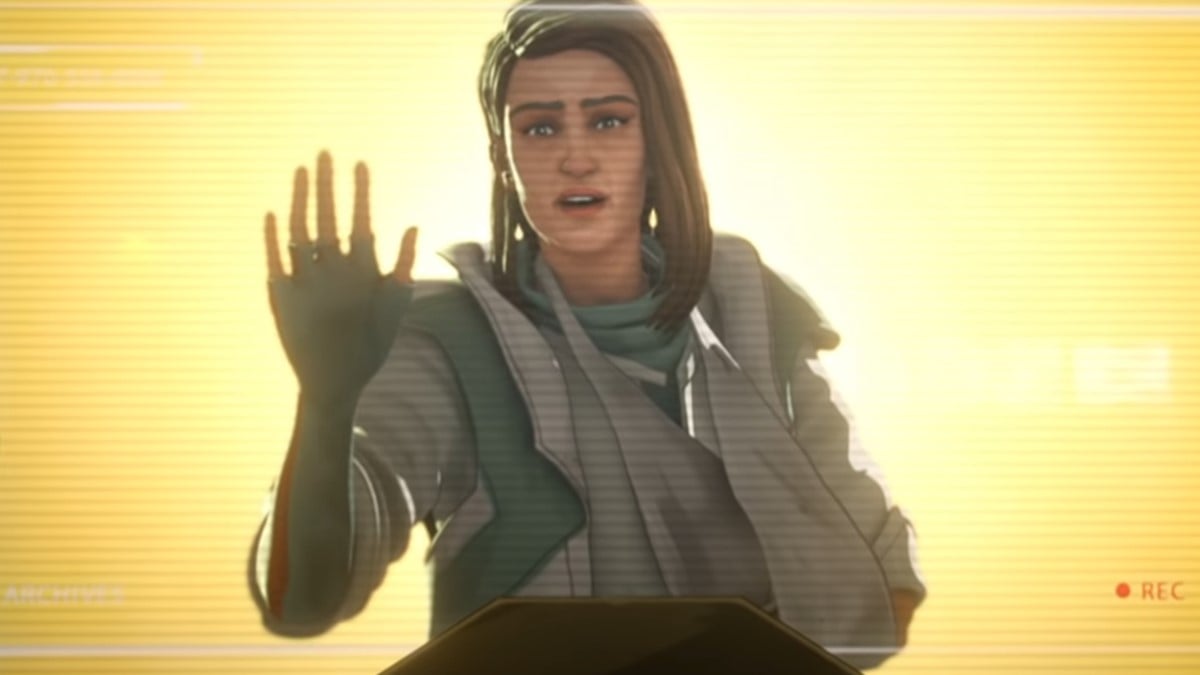 The Stories from the Outlands animated shorts often give Apex Legends fans their first look at characters that are or will be important to the story, and this is certainly the case in 2020’s final episode: Fight Night. A character by the name of Dr. Amelie P. makes her first appearance in Fight Night, speaking in a gentle and inspiring voice on a recording inside of Pathfinder. But who is she?

We do know from what we have seen, though, is that Amelie created Pathfinder. We just don’t know why, and may not for a while, considering his files are no longer accessible after he was shot.

Relation to another legend?

Amelie has a French name and spoke with a clear-as-day French accent. We only have one other main character who is French, and that it Wattson. Wattson’s real name is Natalie Paquette. While this is only speculation, it wouldn’t be too far off to wonder if Amelie P. is short for Amelie Paquette. Especially considering Wattson’s whole family seems to work in STEM fields.

The possibility of Amelie being Wattson’s mother (or some other relation) is pretty high. Why else would they, thematically, keep Amelie’s last name a secret? If it held no serious stake in the game, they most likely would have shown us the whole thing. We are definitely high-key team Amelie Paquette.