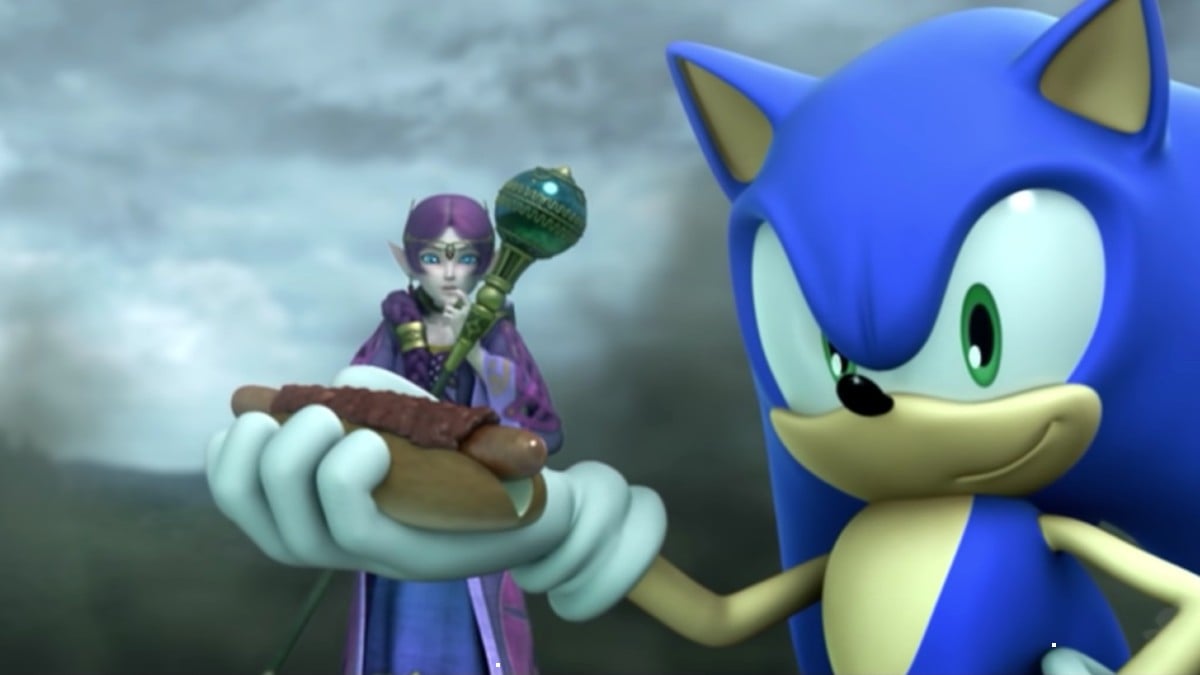 Every Sonic the Hedgehog fan, knows everything about the Blue Blur, including his favorite food: chili dogs. They may look like an unhealthy food item for such an athletic hedgehog, at least in the real world, but Sonic loves chili dogs so much he saved two of them as he suddenly fell into King Arthur’s world in Sonic and the Black Knight, eating one of them before losing the other as Merlina spirited him away from the bad boy.

Until Sonic and the Black Knight came out on the Wii in 2009, it was a rare sight to see Sonic eat chili dogs in-game, let alone in a cutscene. We saw him eat chili dogs in the comic books and some TV shows, yet in the games, his love for chili dogs was only mentioned in passing until they physically became part of the game series’ lore in Sonic Unleashed.

According to a report from Inverse, Sonic’s love for chili dogs can be traced back to the television story bible for the 1993 Sonic cartoon known as Sonic SatAM, written by father-son writing team Bruce and Reed Shelly and Len Janson between February and March 1992. In the bible, Sonic’s uncle Chuck ran five chili dog stands and made Sonic the delivery boy, sharing his favorite food with everyone on Mobius at the speed of sound. That is, of course, until Dr. Robotnik destroyed the business and robotized Chuck. Eggman taking over the world didn’t take away Sonic’s love for chili dogs, though.

The meat-covered jumbo frank also made its way to the long-running Sonic the Hedgehog comic book published by Archie Comics, which started before the TV series. The first issue of the Sonic comic provided a recipe for chili dogs titled “Chili Dog a la Sonic.”

The comics showed Sonic chomping down on chili dogs every chance he got. His favorite food eventually bled into the games starting with Unleashed. His love for chili dogs was such that Tails gave one to Sonic as a birthday present in Sonic Generations, gift bow and all.

Although chili dogs were non-existent in the classic Sonic games, will they make an appearance in Sonic Origins in some way, shape, or form? That would make Sonic’s birthday wish come true.