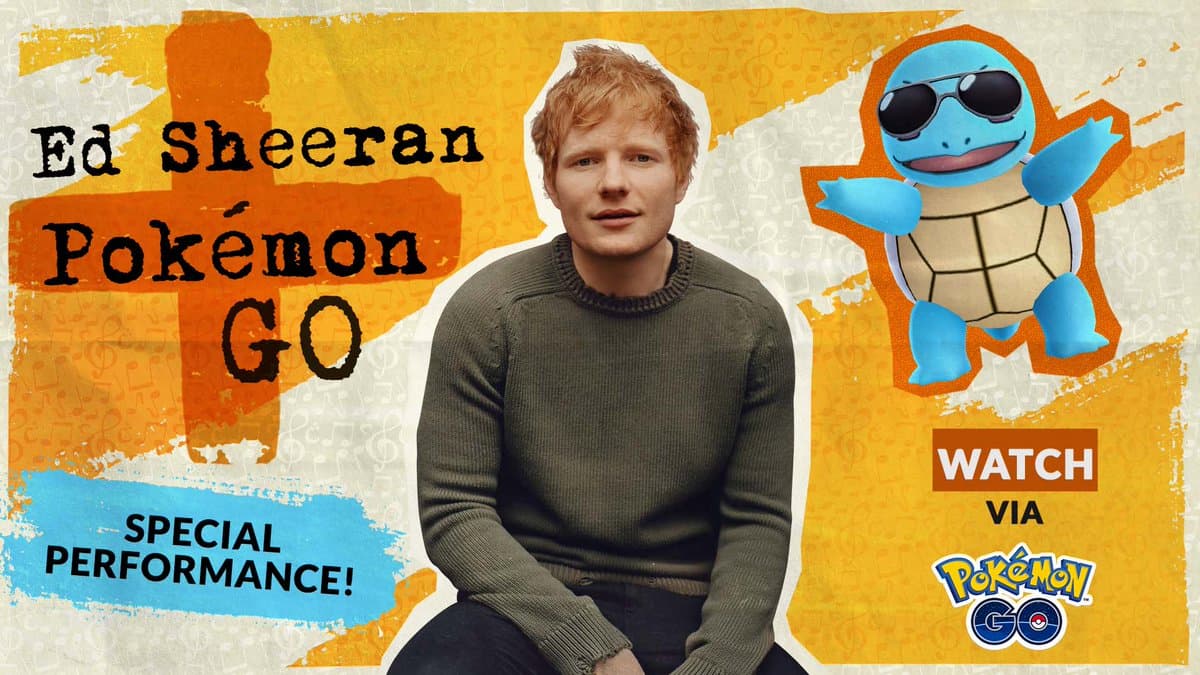 Events often happen in Pokémon Go, and they’re difficult to keep track of beyond the small changes in the background. For example, music will be playing in Pokémon Go for a brief time while you’re playing the game, namely, Ed Sheeran’s Overpass Graffiti. Why is the music playing, and what can you do about it?

The song Overpass Graffiti is playing because there’s a Celebratory event from November 22 to the 30. Throughout the entire event, you’ll have the chance to capture Totodile, Mudkip, Piplup, Oshawott, and Froakie in the wild. Squirtle wearing sunglasses will also make a guest appearance during this event, and if you catch it, you’ll be able to evolve it into a Blastoise with sunglasses.

The Celebratory Event is all about Ed Sheeran as he hosts a special performance on November 22 at 11 AM, singing many of his new songs for his latest album. Following the event, Overpass Graffiti will continue playing in the background. The only thing you can do about it is turn off the in-game music and continue to play the game. You can also choose to place with your sound settings set to zero on your smartphone. The music won’t remain forever, and everything stops on November 30 at 1 PM PT.