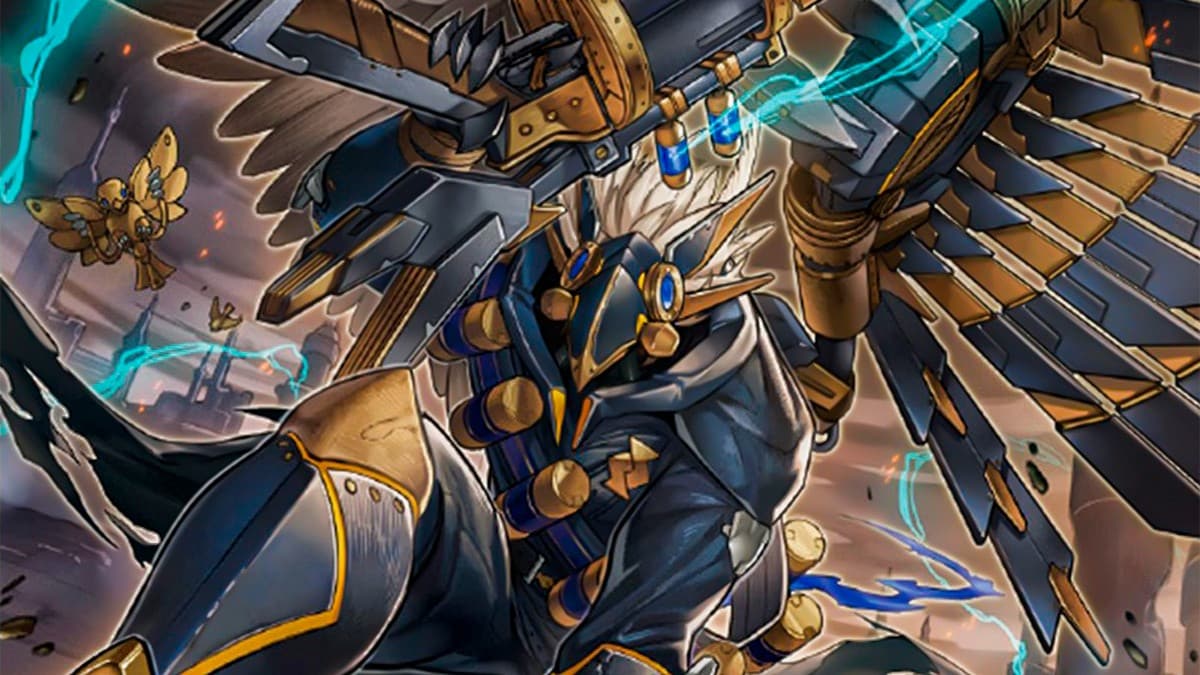 Since Yu-Gi-Oh! Master Duel launched in early 2022, Tri-Brigades have been an utter force in the metagame. This archetype can win in a variety of different ways, and can make use of other archetypes to unlock its full potential. However, new banlists and card additions in Master Duel have made these decks undergo a bit of a metamorphosis since the release of the game.

So, how should you construct a Tri-Brigade deck in Yu-Gi-Oh! Master Duel? Let’s go over some recommendations.

Tri-Brigade Monsters are pivotal to setting up big plays. Here’s a look at recommended cards:

Tri-Brigades typically follow a simple strategy: load up the GY with Tri-Brigade and other Beast-Warriors or Beast Monsters, to set up the field for the boss Monsters from the Extra Deck. Usually, Fraktall is the main card to use first, as this deck likes to discard, and then go into Kitt, Nervall, and eventually add Kerass to hand. Then, use Kerass’ effect to Special Summon a Link 2 or 3 Tri-Brigade Monster, and eventually go into Shuraig, the Ominous Omen.

Complimentary options include Destiny HERO cards, and the Zoodiac archetype. Tri-Brigades like to run either Zoodiacs, or Lyriluscs, but Zoodiacs have been given more preference by the player base. The reason being is because the Extra Deck options with the former are typically much more powerful.

If, however, you do want to utilize Lyrilusc cards, get acquainted with the archetype, as well as Simorgh, Bird of Sovereignty, Mist Valley Apex Avian, and Barrier Statue of the Stormwinds.

There are not a lot of gadgets with the Spells. Outside of Spells that add power, negate, or pop cards, the one that is vital for Tri-Brigades is Fire Formation-Tenki. This card does slightly boost ATK for Beast-Warriors. However, its key effect is to add one to the hand. Fraktall is the primary target, as that card can then be used to get things moving.

Here’s a look at Traps that can be used:

Tri-Brigade Revolt is the only necessary Trap, although other nuisance cards can be run, as well. Revolt allows for a quick Link Summon, meaning that you can bring out Shuraig during the opponent’s turn.

Now, here’s a look at the Extra Deck options:

We should start off by noting that while Verte and Phoenix Enforcer are not necessary, these cards are highly recommended.

This build typically can rely on a dual-pronged strategy: go into Shuraig using the Main Deck and Extra Deck Monsters, or barrel into ZEUS via the Zoodiac engine and wipe the board. The latter strategy works very well for Turn 2, as one can go into Boarbow, followed by a second Zoodiac Monster and then ZEUS. But, it also can be a viable strategy on Turn 1, should you leverage Drident first.

The Tri-Brigade Extra Deck Monsters offer a number of different advantages, ranging from draw power, to removing cards off the field.

Tri-Brigades have been a force in Master Duel thus far, and unless this archetype gets hits hard in a future update, it’s hard to see it not being one for quite some time.