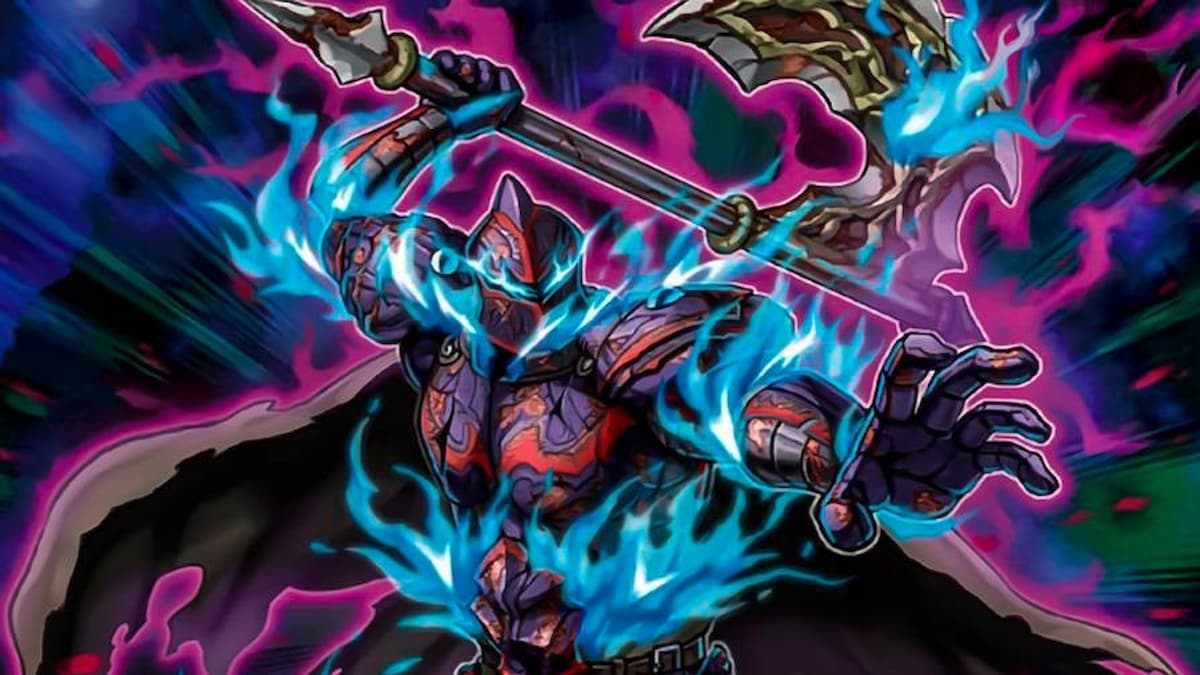 In Yu-Gi-Oh! Master Duel, there are a number of different archetypes that rely on a combo-heavy setup. Phantom Knights fit that mold, and this archetype is very popular in the current meta. The Phantom Knights can make use of several very powerful Xyz and Link Monsters, but it’s also one of the more complex decks in the meta. So, what should a Phantom Knights deck look like? Let’s take a look at cards that are frequently used in these decks, plus recommendations for how the combos go.

Phantom Knights Monsters are pivotal to setting up big plays. Here’s a look at recommended cards:

Phantom Knights rely heavily on combos, and these combos can get pretty long. Ideally, the goal is to get two Level 3 Monsters on the board, and then go into the Extra Deck to pry out Cherubini. Then, send one of the Phantom Knights cards, like Silent Boots or Ancient Cloak, depending on whether you do or don’t have a Phantom Knights Trap to bring out to extend the combos.

We’ll get more into the boss Monsters in the Extra Deck, and which cards bring the power, later on.

Phantom Knights decks tend to focus on cards that aid towards Special Summons and negating cards that can blow up a combo, as opposed to ones that deal with board control. Emergency Teleport is a nice option to start with, as it can get out one of the Level 3 Psychic Monsters, to begin a combo.

This deck does use a number of Phantom Knights-specific Traps. Here’s a look at recommended options:

Fog Blade is mainly used to negate the opponent’s Monsters effects, but it can also prevent one from launching an attack. Wing is used as an extender, while Shade is mainly targeted via Silent Boots’ GY effect to hand it to hand, set it, and then immediately activate it while having no Traps in the GY. That adds another Phantom Knight Monster to the field, which can be used to set up further plays.

Phantom Knights, as mentioned earlier, rely on a combo-heavy approach. The ultimate goal is to summon Rhongomyniad, a powerful Xyz Monster that needs two or more Level 4 Warrior Monsters as material. Once it is out, it essentially shuts down the opponent from doing anything, including summoning monsters. However, play it right by using Xyz Monsters that have materials, as those play a role in Rhongo’s active effects.

To get to Rhongo, summoning Cherubini is the first play. Then, option into Rusty Bardiche with either a Phantom Knights Monster or Trap that can be Special Summoned as a Monster. From there, you will be able to use the various effects of Phantom Knights Monsters to bring out more Level 3 Monsters, and go into Xyz cards like Leviair, Break Sword, and Bamboozling Gossip Shadow. Then, once you have the Level 4 Warriors out on the field and get Rhongo, Bamboozling’s secondary effect can be used to transfer its materials over to Rhongo.

Phantom Knights are not exactly the kind of archetype that newcomers flock to in Master Duel and Yu-Gi-Oh!. However, it does have plenty of power, thanks to the Extra Deck Monsters that can completely neutralize the opposition, and cards that can be summoned fast. If you do plan on playing with Phantom Knights, make sure to get some practice in, and there are a lot of different combos to work with.