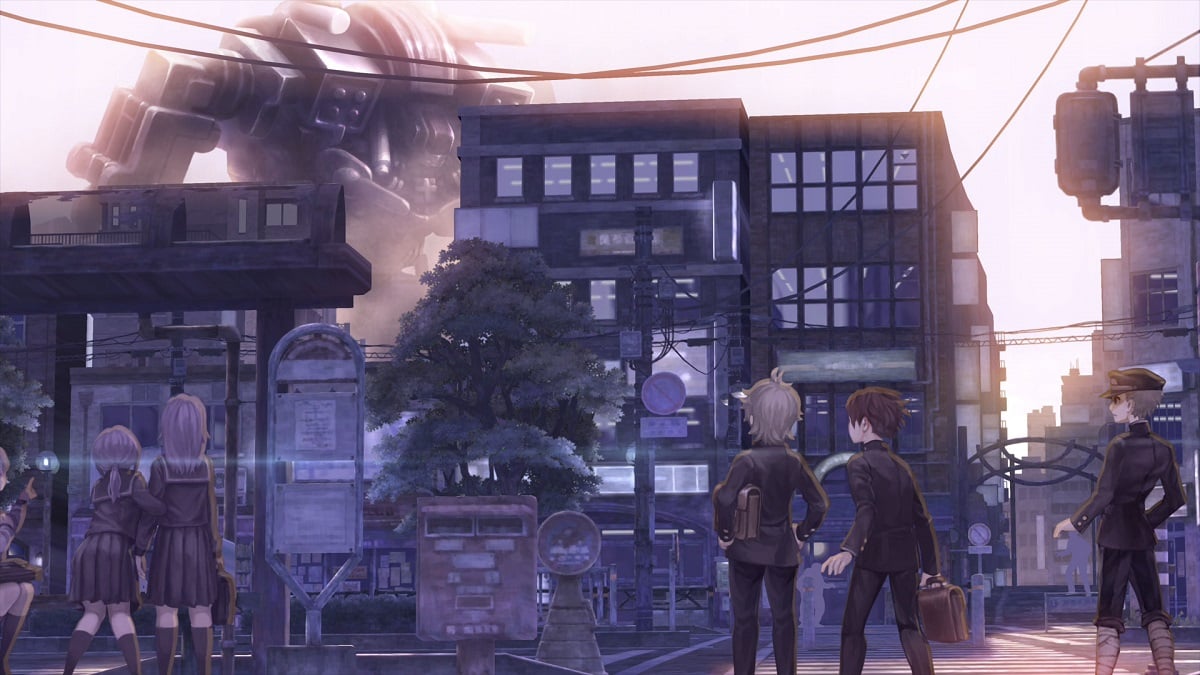 13 Sentinels: Aegis Rim was one of 2020’s sleeper hits. Given its limited audience reach as a PlayStation 4 exclusive in a niche genre, it didn’t sell gangbusters, but it didn’t need to. If anything, the announcement of a Nintendo Switch port indicates that it was a success.

13 Sentinels: Aegis Rim will be coming to Nintendo’s hybrid console April 12, 2022. For those that may not have heard of it, 13 Sentinels is primarily a visual novel with light puzzle solving elements and the occasional RTS battles. It takes place in a sci-fi inspired setting with gigantic mechs and kaiju that involves different time periods ranging from World War II to the 2100’s. Players assume control of 13 different characters as its namesake suggests, each offering their own perspective of the story’s events in a nonlinear fashion. It’s only by playing through each character’s story that the entire narrative and its themes come into focus.

The game was developed by Vanillaware, with 13 Sentinels: Aegis Rim being a major departure from their usual wheelhouse. Best known for games like Odin Sphere, GrimGrimoire, and Dragon’s Crown, Vanillaware has primarily specialized in side-scrolling brawlers with role-playing elements and co-operative multiplayer.