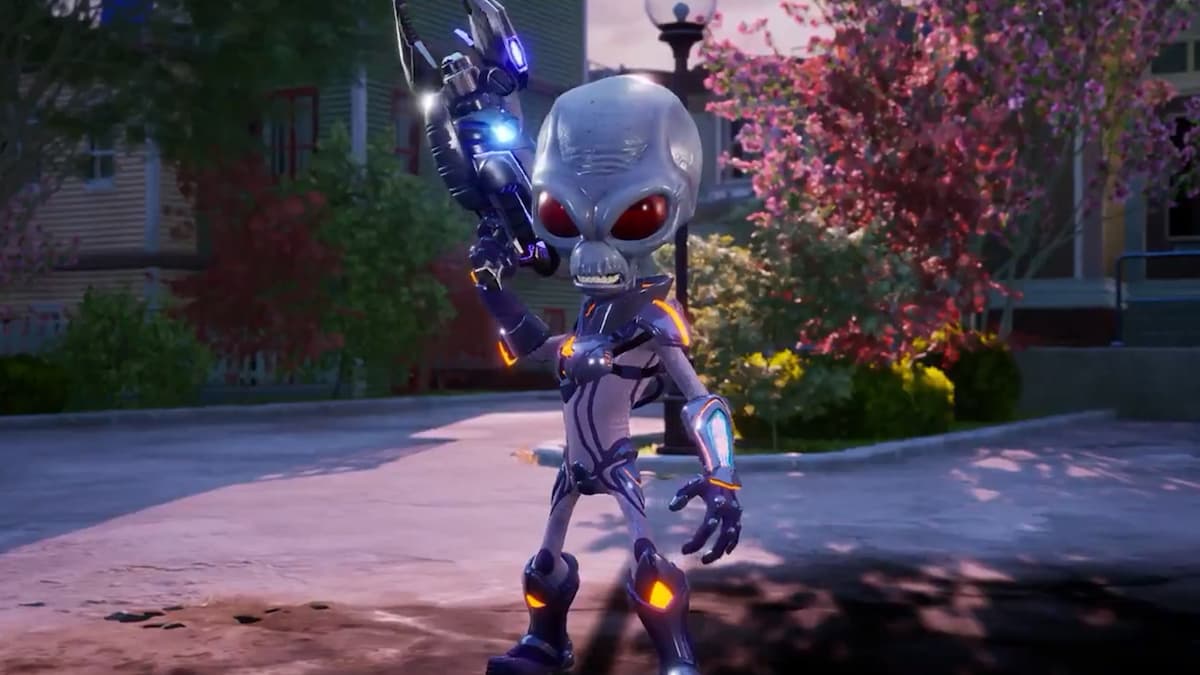 Update: The original Destroy All Humans 2 remake tweet has since been taken down by PlayStation. The original story is as follows.

Destroy All Humans 2 is getting the remake treatment from THQ Nordic following the success the first game’s remake saw in 2020. The remake’s title is Destroy All Humans 2: Reprobed and will have you take control of Crypto again as he sets out to dominate the pathetic, disgusting humans in 1969. There was no release date announcement.

As of this writing, we only know the game is coming to PlayStation 5, with no mention of a PS4 version. The first remake was available on other platforms besides PlayStation, so we expect other versions to be announced soon. THQ Nordic is celebrating its tenth anniversary this week, so more announcements on this upcoming title alongside other news should be expected sooner rather than later. The fact that the trailer is only available on Twitter makes us think that someone scheduled the tweet a little earlier than the trailer was supposed to come out.

The original Destroy All Humans 2 was released in 2006 for the PlayStation 2 and Xbox. It takes place ten years after the first game’s events and has more alien powers and gadgetry to take advantage of as you fight against the Soviet Union.

We reviewed the first Destroy All Humans remake and thought it was a good time, although it felt like a dated game even with its visual updates. Hopefully, more adjustments are made with the sequel to make it feel more current.