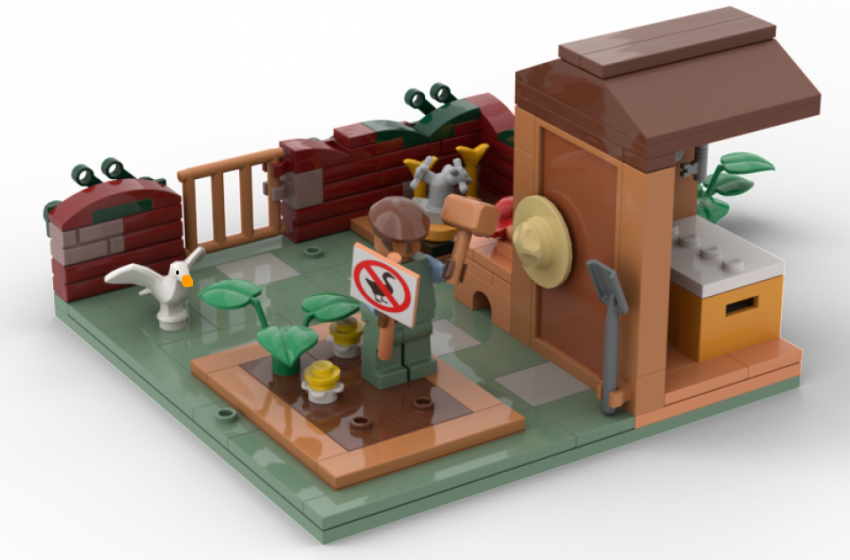 Image via Lego Ideas by A Fellow Player

Untitled Goose Game may come to Lego if it gets the support.

Untitled Goose Game was a big indie hit near the end of 2019. The harmless mischief the player inflicted on the unsuspecting citizens was cathartic and entertaining. The small game earned a big fan base following the release. Now a Lego and Untitled Goose Game fan proposed a Lego set inspired by the game. It just needs the votes.

First reported by Nintendo Life, a fan posted the proposal on Lego Ideas. Lego Ideas is a website hosted by Lego where fans can create and publish original ideas for Lego sets. If the sets get enough support, they could become official products. The process is a bit confusing with different milestones. Fans can reach the Fan Designer stage if they reach ten thousand votes where they will collaborate with official Lego designers on their project and get it ready for sales. The project must first enter a thousand supporters in a year, five thousand in another six months, and the final goal of ten thousand votes in another six months.

The user A Fellow Player suggested the project, and it featured the goose, the groundskeeper, and his garden. According to the official proposal, the different pieces are: jam, apple, goose sign, rose bush, carrot, loose foliage, spoon, shovel, sun hat, hammer, ice chest, and a key. The project got the attention of the Lego Ideas staff. On Jan. 20, it was selected as Staff Pick.