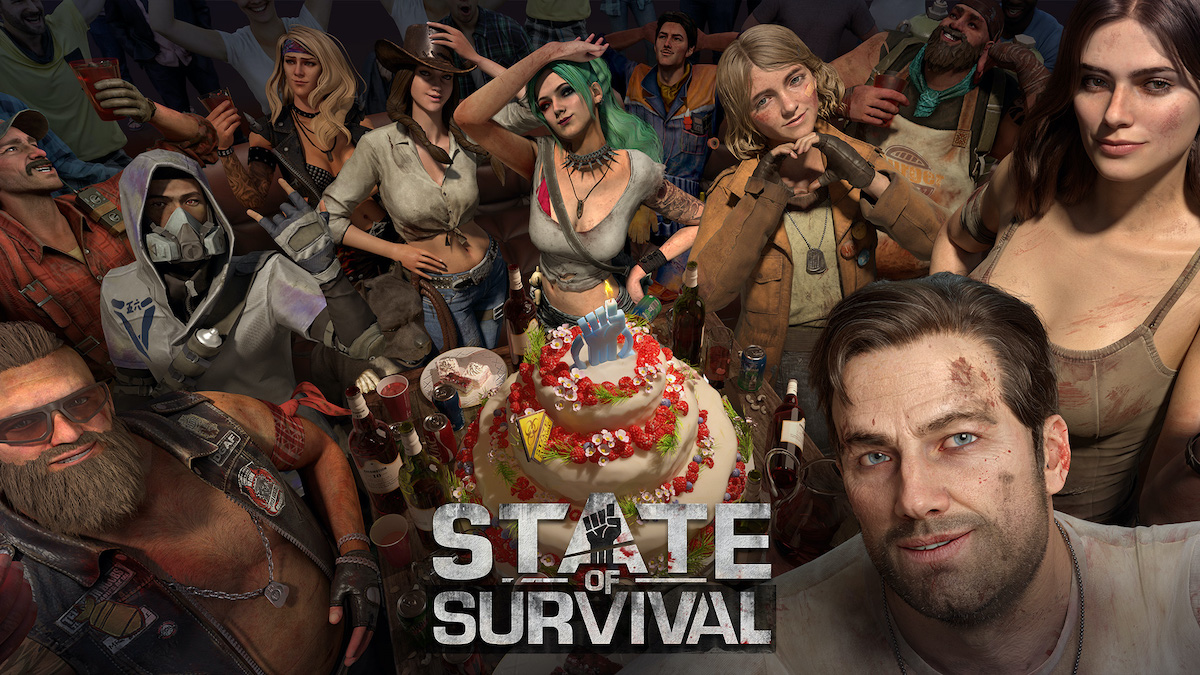 KINGS GROUP is set to celebrate State of Survival’s first anniversary with some brand new content and events for the community.

From September 16 to 22, players can enjoy the Rescue Kamute Town event, other community events hosted on Discord, and more as part of the festivities.

“We really appreciate a year of company from our players since the very beginning of State of Survival,” the game’s operations director said. “We have received so many encouragements and suggestions to help the game grow faster and further. In the future, we will continue striving to build a better game to provide more immersive and interactive gaming experiences to our players.”

State of Survival pushes players to work together in order to rebuild civilization in a world that has suffered a catastrophe by growing your own settlement and surviving against hordes of zombie creatures through a mixture of tower defense and other innovative gameplay mechanics.

The game originated from a simple idea within the KINGS GROUP team, combining the tangible concept of a modern-day wasteland with the goal of making a high-quality, immersive strategy game in which players could lose themselves in through gameplay and story.

This was done by providing a fleshed-out single-player experience, while also making sure there were plenty of appealing online qualities such as PvP, inter-server conflicts, and an in-depth Alliance system where players could connect and form bonds with others while surviving.

PvE players can freely arrange their troops to fit whatever strategy they want or to pair with their teammates in order to maximize their resources while attempting to gather more energy and utilize every trick in your base. You will need to practice with different strategies to properly defend your base and allies from hoards of zombies and evolving Boss enemies that will engage you differently depending on how you try to counter them.

Throughout all of the battles, players will learn more about each of the game’s heroes, discovering why they are where they are, what they did before the apocalypse, and more details through exploration.

Here is what players can expect to see and earn during the anniversary event:

As a studio, KINGS GROUP has also released King of Avalon, a game that topped the bestsellers list in 67 countries, as well as Guns of Glory, which became the number one game in 45 countries, including the United States. The team of more than 500 employees across 20 countries is dedicated to improving State of Survival and providing players with an immersive experience as they continue to fight in the wasteland.

You can play State of Survival on iOS and Android devices, or any computer that can run those operating systems. For more information about the game and any events, you can head over to the State of Survival Facebook page.