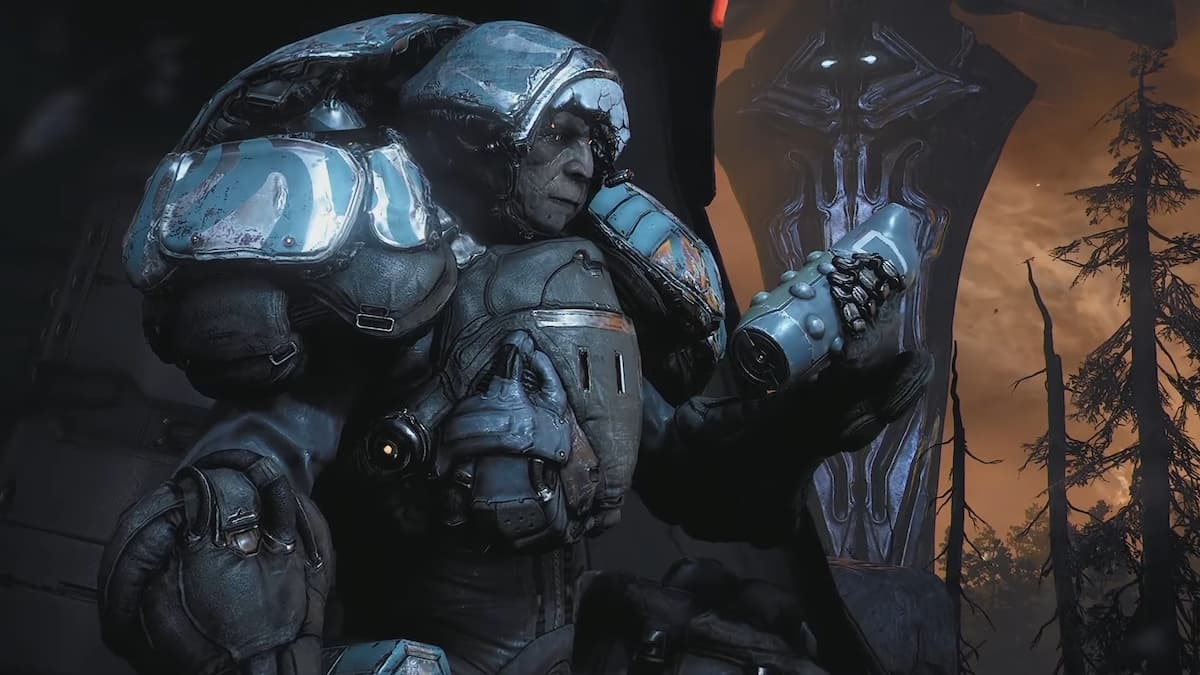 Since Warframe was first released in 2013, players have gone to war with the Grineer. By now, the deadly, player-controlled Tenno have probably killed millions of the seemingly simple-minded enemies. The regular Grineer tend to fall like wheat before the scythe in the game, and players have regularly used locations like Hydron to supercharge their body counts in search of more and more experience.

It would appear that hidden among the ranks of these enemies was a Grineer who, similar to fan-favorite Clem, would capture the hearts of the Grineer through their sheer grit, determination, and, frankly, being a bit of a chad. In the gameplay reveal for The New War, Warframe’s upcoming expansion, players were shocked to realize that they would be controlling a Grineer called Kahl-175. After his ship is brought down by Sentient forces who invaded the Plains of Eidolon, and his team is wiped out by the crash, Kahl-175 finds himself on a quest for vengeance.

Kahl-175 spends his portion of the reveal going head to head against the Sentient forces, crawling painfully across the ruined places while he slays his foes with a Grataka rifle and Machete. At one point, he even picks up a fallen Tenno’s weapon and starts stat-checking his enemies with a Corinth Prime. What makes Kahl-175 such a badass is that his destination, as far as he knows, is leading him to certain death. His plan is to find a high-explosive, take it to a massive alien structure and then level it, almost certainly taking himself out in the process.

It appears to be Kahl-175’s refusal to falter that has won the hearts of the community, and social media is already filling up with memes and fan art about the upcoming character.

Fans won’t have too long to wait until they can find out what happens to Kahl-175 as The New War will be arriving later this year, throwing the Origin System into chaos. May Kahl save us all from the coming tide of Sentients.