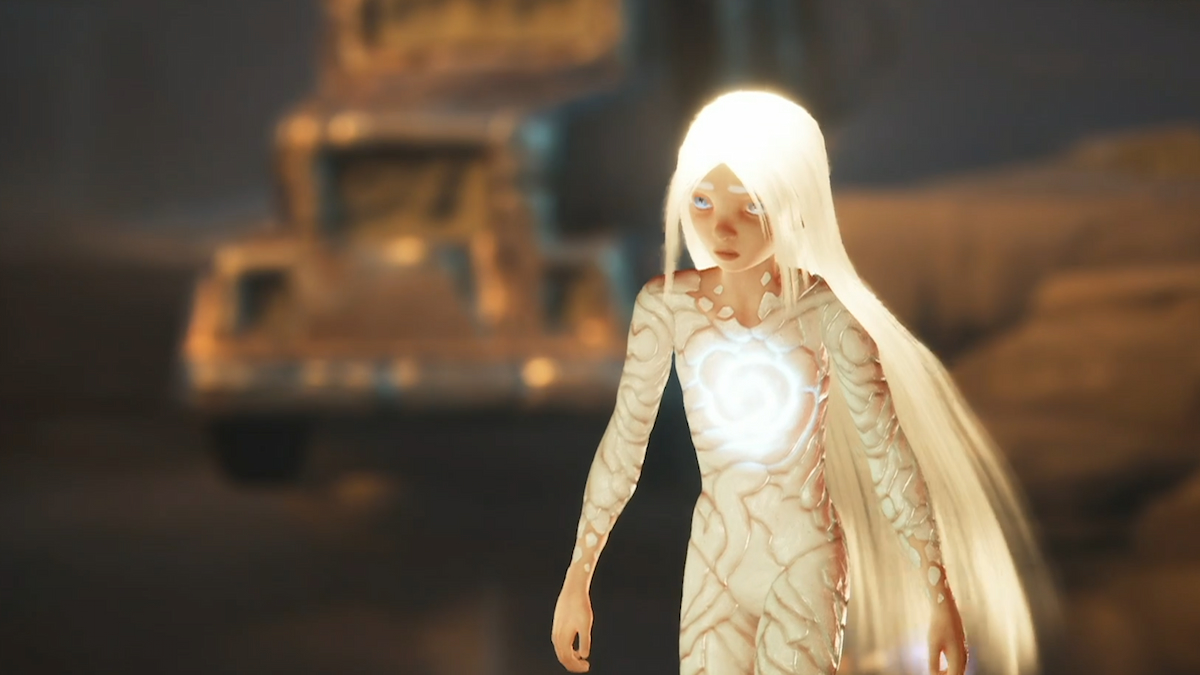 After Us, recently announced at the Game Awards, blends post-apocalyptic platforming with a narrative seemingly about regeneration, renewal, hope, and loss, coming to PlayStation 5, Xbox Series X|S, and Steam. The trailer shows the main character, a female spirit, walking toward an industrial wasteland as grass and flowers bloom behind her. The world she explores is ruined, with factories clogging the sky, architecture on the brink of collapse, and acid rain and smog choking the air.

Every surface the protagonist — who IGN notes as being named Gaia, the Spirit of Life — walks on is renewed and returned to nature. Throughout the game, players will be jumping, climbing, vine grinding, and exploring the ruins of a world after humans.

Platforming isn’t everything to After Us, however. Combat appears to have some presence or the navigating around it. Gaia looks like she gains the ability to shoot blue energy balls to defend herself. However, most of your time playing will likely be spent staying out of harm’s way rather than actively engaging with the world’s various enemies.

As you might expect, the story of After Us seems hopeful and filled with sorrow as Gaia looks to return the grass, trees, and air to normal. In doing so, she releases the spirits of animals long dead to retake the planet and allows new life to grow where she can, but ultimately appears to sacrifice herself in the effort. Alternately, the bright flash that ends the trailer could be a vast expansion of her power, and the gameplay section that would follow would be her trying to recover without many of the tools she usually has.

There is currently no firm release date save Spring 2023, and the game will not come to last-generation consoles. Developer Piccolo previously made Arise, a Simple Story, a game where controlling time in a colorful world lets the player examine the memories — sad and glad — of its aging protagonist.