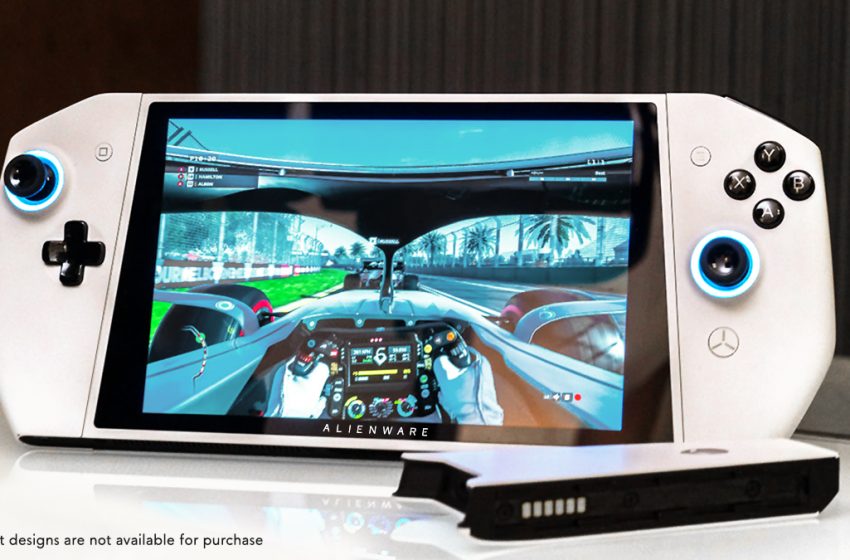 If you have been wondering what a Nintendo Switch might be like if it also a PC, then have no fear, Alienware is in the same headspace. The company has spent the last two years working on a concept for a genuinely handheld, portable PC, called the Concept UFO.

The Concept UFO is a Windows 10 PC, but small enough to carry, with detachable controllers, and a dock to connect with a TV or monitor. The screen is an eight-inch, 1200p display, while the controllers very much mimic the Joy-cons from a Nintendo Switch, with a thumbstick each, a D-pad on the left controller, and face button on the right.

The device uses USB-C ports to charge and connect to another display, and the ports are located at the top and bottom of the main unit. When the USB ports are free, they can also be used to connect a mouse and keyboard, or you can connect via Bluetooth.

Alienware is coy about the processing power of the Concept UFO, but it is still in the prototype stage, so we can forgive them for not wanting to commit to any hard numbers right now. While there is no indication that the Concept UFO will be turned into a consumer product, it is undoubtedly an exciting slant on mobile gaming in a world that is focusing more on the idea of streaming content.

We expect that if this ever does end up being released, that it will aim itself as a premium product. While it might be drawing inspiration from the design of the Nintendo Switch, it certainly won’t be competing with it for price. An actual handheld PC, with access to the enormous library of games that are available on services like Steam, Origin, and Uplay, really could shake up the industry.