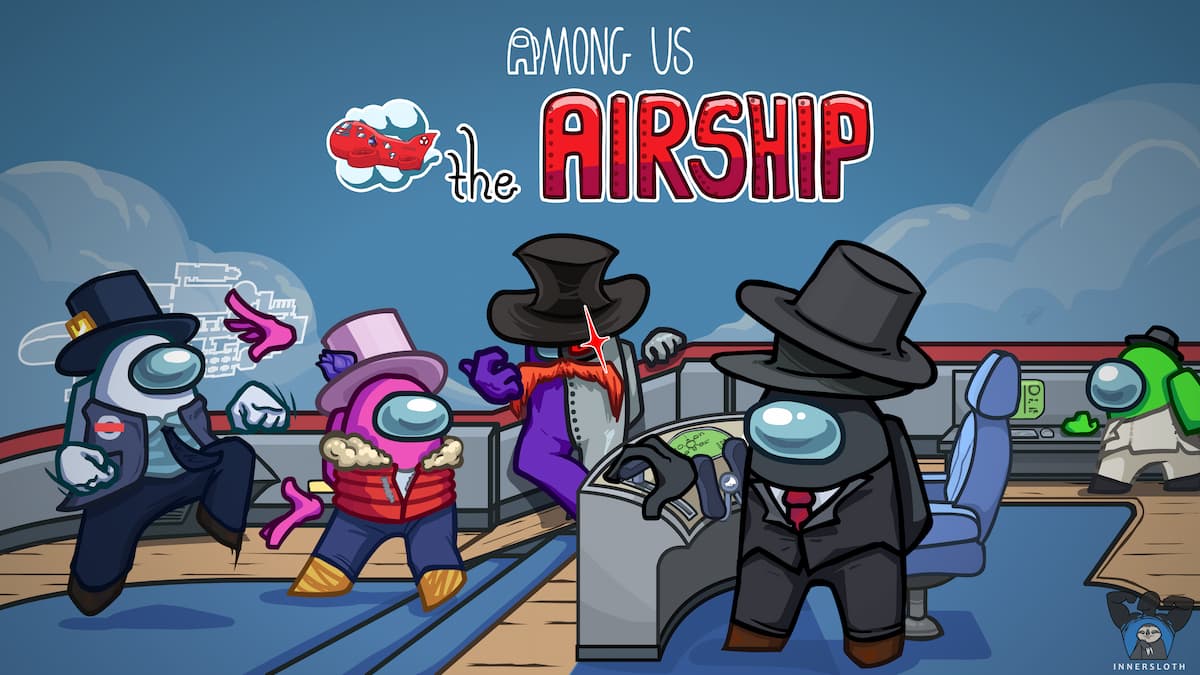 The long-awaited map for Among Us, the Airship, will be released on March 31, complete with all new tasks, challenges, and suspicion. The map will be a free update available to everyone who owns the game across PC, consoles, and mobile devices.

The Airship Update comes with players’ ability to choose where they start on a map, various tasks to complete, account moderation, and plenty of free hats for players to wear as thanks from Innersloth for all of the patient fans.

It’s taken developers Innersloth quite a bit of time to recover from Among Us’ explosion in popularity, hence why the team did not want to immediately release the Airship map when they initially shared it in late 2020. Plus, with the team’s new partnerships across multiple platforms, there’s a lot of red tape they weren’t used to before.

The five-person team originally planned to release a sequel game to serve as a massive update for the nearly 3-year-old indie game. However, the team decided it was better not to separate the community and instead scrapped that plan to give all of the planned updates and added support to the current game.

Among Us took the world by storm in 2020 as everyone huddle together, separately, to survive COVID-19. Many sought out new online games for friends who missed playing with their loved ones, and one of the more successful ones was Among Us.

The Airship map officially arrives on March 31. You can play Among Us on Xbox One, Nintendo Switch, PC, or a smartphone.