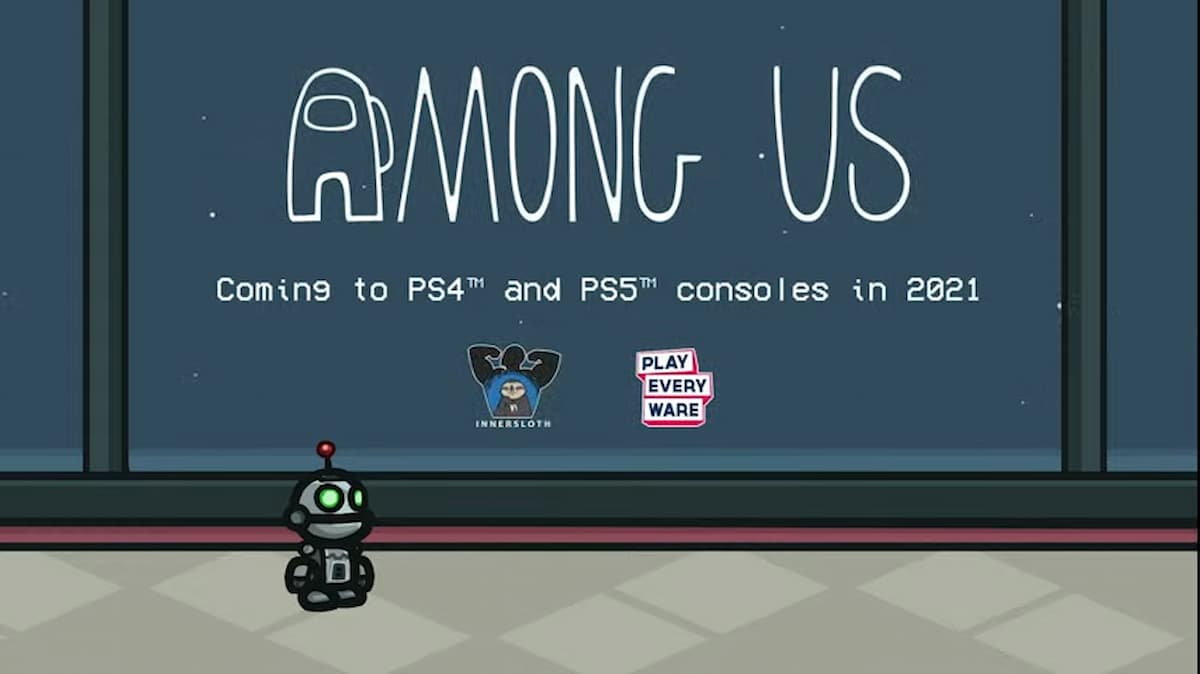 PlayStation’s Ratchet &Clank: Rift Apart State of Play was mostly dedicated to showing off the incredible-looking upcoming game. However, Sony dropped a few surprises before diving deep into Rift Apart. One of those was the announcement that Among Us is coming to both PS4 and PS5 this year.

The new update doesn’t have a firm release date just yet, but we don’t expect to wait much longer. When it does launch, PlayStation players will have access to an exclusive Ratchet & Clank skin, hat, and pet. As we saw in the announcement trailer, the Clank pet is absolutely adorable. Just look at how cute he is running around behind your character. And, to be fair, the Ratchet skin and hat aren’t half bad either.

On top of all that, players will be able to use both crossplay and online multiplayer to play with their friends across different platforms. Considering how massive the game already is, this is a smart move from the developers. You absolutely do not want to split your player base with this release. Keeping everyone together is not only a massive boost for the community, but it also ensures Inner Sloth will have tons of players sticking with the game moving forward.