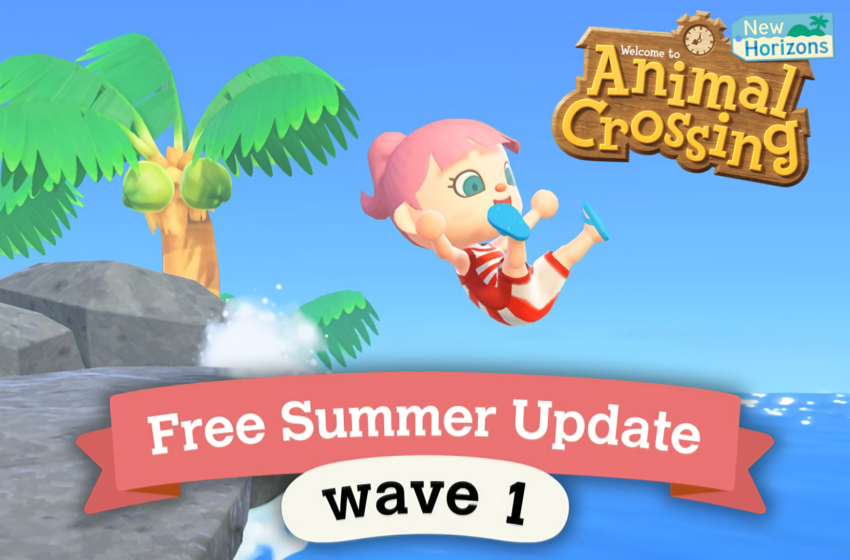 Animal Crossing: New Horizons has been a great improvement on the game franchise, but one of the major things it didn’t include was swimming… But that’s no more! The new free update for ACNH is coming July 3, and it includes several new features.

This update is one of two summer updates announced by Nintendo. Summer Update Wave 2 will be arriving in early August, and both of these updates are free for players.

Swimming and diving were a part of the previous title, New Leaf, and now they’re in New Horizons too. You’ll be able to swim in the ocean around your island, dive down, and collect sea creatures you can’t catch with just a rod. The confirmed sea creatures so far are:

This update also brings a brand-new character into the game: Pascal. Pascal chills out in the ocean and will trade sea creatures you’ve caught for ocean, mermaid, and shell-themed DIYs. In addition, Gulliver’s encounter has been updated. He has a new outfit, and there will probably be new items you can get from him.