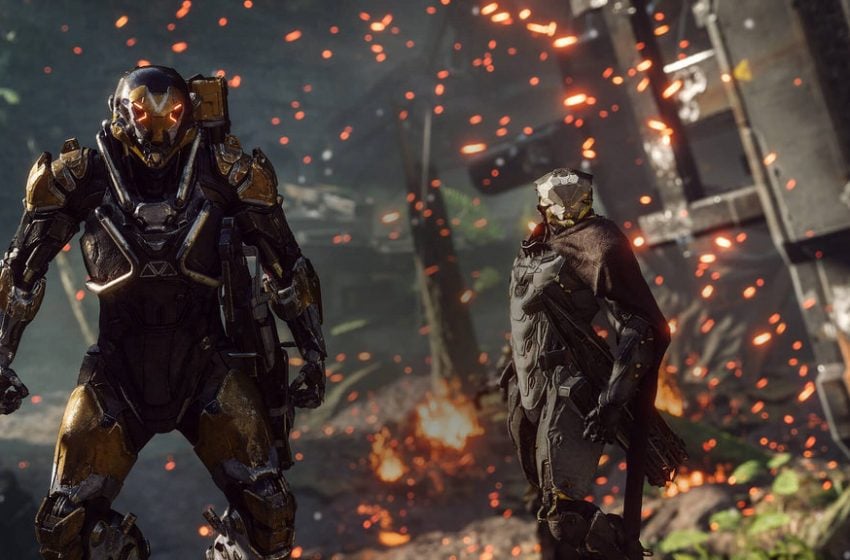 A new patch for Anthem went live today. In it, BioWare increases the length of the mission distance warning timer, fixes the Swarm Tyrant exploit, and change how many times a player can loot Stronghold chests.

One of the many complaints players first had with Anthem was the warning indicator in missions. If a player fell too far behind from their group during a mission and couldn’t catch up in a set amount of time, they’d enter a loading screen and instantly appear near the group. At first, it was easy for players to fall behind because they would be in at different times.

Anthem’s day one patch addressed this issue by having players load in all at the same time. But the problem continues. As a result, BioWare has increased the length of time players have to catch up to their group members. There’s no word if BioWare plans to keep this system in place in the long run.

BioWare’s next fix in the patch removes the exploit players had discovered that allowed them to reset the Swarm Tyrant fight from the Stronghold, Tyrant Mine. Using this method, players could farm chests as they pleased.

The final significant change coming with the patch is ensuring players only a loot chests found in Strongholds once. Again, players had found a way to loot a Stronghold’s chest, drop out of the game, return, and then loot it again.

Those fixes have gone out today, so your client should update when you jump onto your chosen platform.